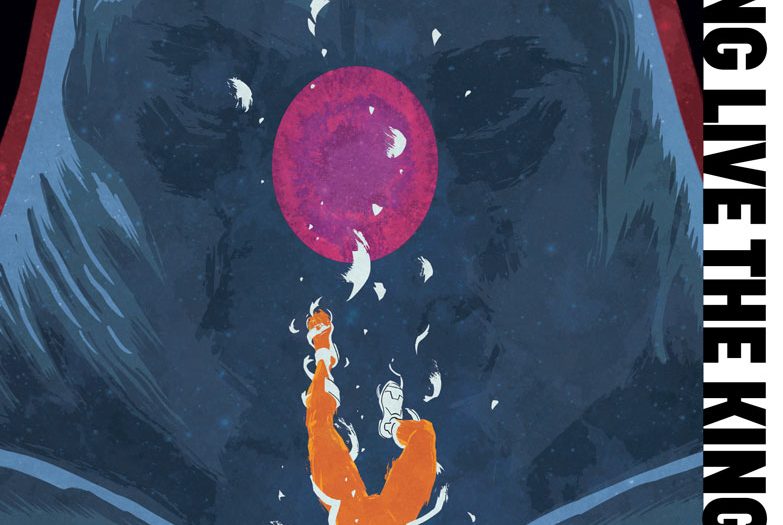 The 49th issue of Manowar picks up in the middle of the action that fans of the series are assuredly loving. The conflict the main characters face is not a new one in terms of scale or threat, but it is neat to see the action play out with characters with different and intriguing ideologies.

A plot to be desired: 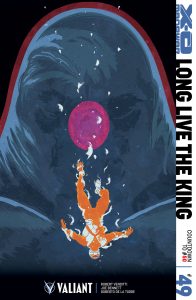 The first thing I need to do is clarify that just because I was not too fond of the plot present in this issue, that doesn’t mean that I think it is bad.

One of the most overplayed plot points of any medium, in my opinion, is present in this issue. In interests of keeping spoilers out, I am not going to mention it specifically, but trust me, when you read the issue, you will definitely see it. One of the biggest problems with the way it is portrayed in Manowar is the fact that it comes together with no strain or real dificulty. In one second, things stand one way, and in the next, they are totally different.

Like I mentioned above, this isn’t bad or faulty writing. I just think that it is very overdone.

Other than this plot point, the rest of the book makes cohesive sense and comes together very well. I enjoyed the conflict the characters faced and thought that it made sense. It would be impossible to know what is going on with the rest of the finer plot points without a continued interest in the series. Based on what I saw in this issue, though, this is a great spot in terms of plot instances to jump on the Manowar bandwagon.

Proficient writing as a staple:

The writing throughout the 49th instance of Manowar is very solid. It is not overused to make specific points, nor is it understated to the point where things aren’t clear. I found that for the most part, the writing did what it was supposed to do, without over or under reaching.

There were a few instances throughout the book where I was caught off guard by the language choices for the characters. The sentence structures use strange syntax or word usage on a few occasions, but this was not enough to soil me on the concept or main plot lines of Manowar. 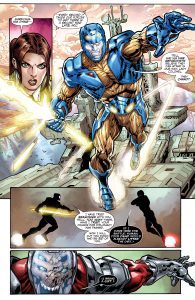 One thing that Manowar did that I viewed as a productive addition to the dialogue in the book is the different text styles based on who is speaking. One character has a sharper contrast, while a different character’s bubbles are more traditional for comics. This is no doubt a commonly used practice, but I still enjoyed the differentiation based on who was speaking.

Artwork that is sometimes confusing:

One of the only things I look for in artwork is for the action to be clear and representations that are intentional to come through. I can’t say that the artwork in this Manowar issue does this for me.

That is not to say that the art is not worth looking at or not pleasant, quite the opposite, actually. I think that the artwork is well put together and intricate to the point where the action is sometimes lost. During the climax of the book, for instance, I had to pause and carefully examine the artwork to be clear of what was going on.

It needs to be said, though, that I can’t wait to see where this story is going.

Manowar 49 is the final issue before the giant special 50. There is lots of build up, and although the art isn't always clear, it is definitely worth a read.

Erich was introduced to gaming by his grandfather before he could walk. Since then, he has grown up loving Nintendo and most games in general. He couples his love of videogames with journalism to cover news, provide reviews and tell it how it is in the gaming world.
Previous Star Trek: Boldly Go leaves space-dock this October
Next PlayStation Plus goes up in Price to Match Gold’s