BG’s Month of Terror: Our most terrifying in-game moments

Everybody who’s been gaming for a long time has one. A moment where you’re playing a ‘scary’ game and cooking, humming along just fine till you reach it… a moment that just shouts ‘nope’. These are some of those. Be afraid.

I can remember more than a few of those style segments in horror games over the years. Looking back, some of them were simple affairs that look like something a child should be playing by today’s standards, but at the time they were pretty darn freaky. From real classics like Alone in the Dark and Splatterhouse, to more modern gems like Eternal Darkness and the recently released The Evil Within (which is kind of all those moments), every one can get you… in a figurative sense of course.

With Halloween only a week away, a few of the staff writers here at BG have assembled to come up with some of their favorite terrifying gaming moments, moments that made us pause those games and sit back for a second… or a week. Perhaps you’ve had some moments like that in your gaming life as well, maybe you’ve even had a few that made you turn off the TV till you got the nerve to dive back in, if that time ever arrived. If that sounds familiar, then you’re going to love this special Month of Terror look at what made us say ‘nope’ to playing any further in these games, however brief that abstention turned out to be.

Have a read through and then feel free to share your own scariest in-game memories in the comments below, we’d love to read them! 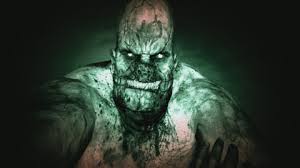 My scariest gaming moment by far was the moment I had to run, hide and trick Chris ‘Piggy’ Walker in outlast in the Laundry area. My objective was to find tow valves to turn on the sprinkler systems in the cafeteria. Not a huge ask really, unless your playing Outlast. After escaping Trager and then the odd conversation with Father Martin, you would think the hard times were over… But no.

As soon as you creep through this fallen bookshelf, you see the massive shadow of this hideous man monster, and immediately I hid in a locker in a small room off the corridor I entered, I think I stayed in that locker for maybe 15 minutes, then eventually got the guts to venture out, this part of the game cost em my life over 15 times. And no amount of hiding or running did me any favours, once that controller began vibrating and his heavy breathing rampage began, I lost all sense of calm and panicked like crazy. Sweaty palms, racing heart, and not to mention the whole trying to continue the game with my eyes shut. Safe to say, that even in the hard light of day, that battle with Walker, had me cowering every time. 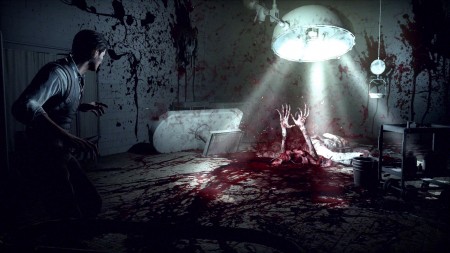 My choice for the most frightening moment I’ve had in gaming was initially going to be the first appearance of Pyramid Head in Silent Hill 2 (and don’t get me wrong, it is still definitely terrifying), but to bring it up to a more modern game I’m probably going to have to say it’s the first appearance of Laura in The Evil Within. The first time she shows up, Laura pulls herself out of a pool of blood in the end of a hallway, you don’t really have time to react to what’s going on before ungodly shrieks and screams fill the hallway with raw terror. I actually screamed the first time I saw her… and the second and third… 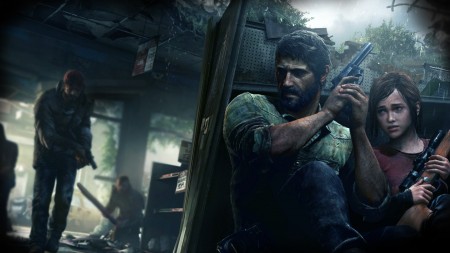 My most scariest moment that I experienced from playing a video game would have to be when I played The Last of Us. I had heard many wonderful things about the game so it was only natural that I was excited to get a copy of the game and give it a shot. Unfortunately after playing five minutes or so of playing the game I had to turn it off, after the character that I was controlling got attacked and died.

My heart was beating out of my chest. For two weeks now it has been in my closet, and I said to myself that the only time that I will give it another go is when I have enough courage to do so. For now it is just collecting dust. 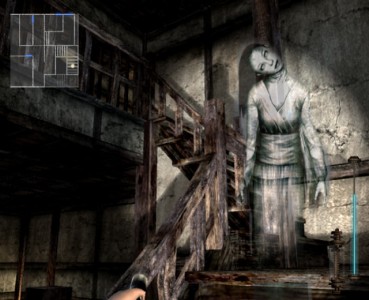 Fatal Frame II: Crimson Butterfly is a game full of scary moments in gaming. For the survival horror genre, few reach the level of suspense and helplessness that Fatal Frame games instill in the first five minutes of picking up a controller. In case you are unfamiliar, Fatal Frame is a franchise of survival horror games. Crimson Butterfly’s playable character is Mio Amakura, who is exploring the Lost Village for her twin sister.

It becomes clear very quickly that very terrible things occurred in this village and the spirits are not the Casper variety. The only “weapon” available to Mio is a camera obscura, which takes pictures to deal damage to the hostile ghosts encountered. To be honest, there were far too many moments in Crimson Butterfly to pick out a single scariest moment. So I decided to pick out the one that made me throw the controller and quit.  While investigating the Himuro Mansion, the sound of a crying baby comes from the Kimono room. In the room, there is a box in the corner that you can interact with, triggering a cut scene of Mio opening the box and a ghost hand grabbing her by the wrist. After breaking free, you get to back up to watch the ghost pull herself up and out of the box ala Ringu. The initial scare from the sudden attack is enhanced and prolonged by the overall unnatural and creepy entrance by the woman in the box. This added up to a truly terrifying moment of Nope in which I put down (read: threw) the controller and declared that I will need to look at cute cat photos for an hour to undo this game. 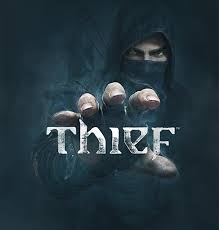 My scariest gaming moment? When my GTX 660 kicked the can and I couldn’t even boot my PC. OH, that’s not the kind of scary you meant? Okay then, all joking aside, I’m not usually one to play horror, thriller, things jumping out at you games, but I do have a few scary moments to share.

The first being, when I played Outlast at a party. There isn’t a specific moment that I have to talk about, just that that entire game, from what I played, is meant to scare the living sh*t out of you, and if you weren’t scared throughout any part of that game you’re lying. Not lying? Then I would assume you were playing it without volume, since everything is 1/10th as scary when muted, since the sounds and music build tension.

Now the second moment, playing a game that I wasn’t really suspecting to have a lot scare factor in it. Thief 4, by Square Enix. Now maybe you’ve played the game, maybe not, so I’ll try to keep the spoilers to a limit. You go out by boat to an old asylum outside of town, and after spending a few minutes exploring outside the main door opens, moderately frightening, but nothing to make a mess in my pants. Once satisfied I’d seen everything outside I went through the main door, where there is another set of doors. If you haven’t played Thief you can look through the locks keyhole to see the room beyond. So, out of habit I do that, and I’m scanning the room, first right, then scanning left, and it’s empty. Then I start to pan to the right again and Bang! This women, whom you’ll know from the plot, is right in your face, and start talking to you before you’ve even known what’s going on. I almost had a hard attack, and I actually haven’t played the game since. What makes this even better? I was recording the game at that time for a Let’s Play series. 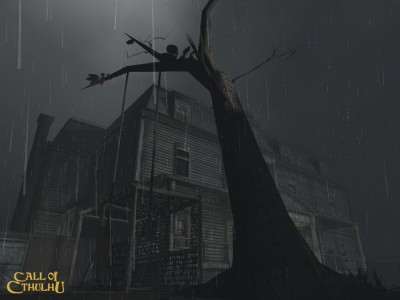 Call of Cthulhu: Dark Corners of the Earth

Believe it or not, this was a tough one for me because I just don’t play a lot of horror games. It’s less a conscious choice and more a just ‘kind of happened’ thing. Anyway, my mind eventually settled on Call of Cthulhu: Dark Corners of the Earth, and not just for the horrifically long title.

Forst of all, Cthulhu games/movies/books all have an inherent weirdness, an extra-disturbing layer of high-strangeness that just seems to settle in the back of my mind and linger for days after I’ve read, watched, or played them. Dark Corners of the Earth was one such piece of ‘entertainment’, and started off with a moment that, while not really horrific and not gory in the least, made me turn off the TV and walk away… for a while anyway.

It happened right in the first section of the game, when you’re heading down to the lower levels of that old house, you know, the one that the cultists called home? What do you find in those lower levels? A massive and potentially ancient chamber that’s surging with energy. a rift opens up in the center of the room and out come the weirdest creatures, giant in stature, that I’ve ever seen in a game or movie. It bugged the heck out of me and, at the same moment that the in-game protagonist is supposed to lose consciousness from insanity from just looking at these things, I popped off the old Xbox (OG) and said a hearty ‘maybe later’. Oh, I should mention that this was in the middle of the day too- that’s how much this scene bothered me. In fact, now that I’m thinking about it, I think I need to go listen to some ’80s tunes and read superhero comics. Happy thoughts… happy thoughts… happy thoughts…

And that’s going to wrap things up for us here, and for our most terrifying in-game moments. We hope you enjoyed our extremely traumatic trip down horror-memory lane, and that you get the chance to join us in our eternal torment by playing a few of these twisted gems… though I can’t say I recommend it.

Jason's been knee deep in videogames since he was but a lad. Cutting his teeth on the pixely glory that was the Atari 2600, he's been hack'n'slashing and shoot'em'uping ever since. Mainly an FPS and action guy, Jason enjoys the occasional well crafted title from every genre.
@jason_tas
Previous Experience the world and immersion of Assassin’s Creed Unity
Next Texas Chainsaw Massacre (Retro Movie) Review