Dungeon Command is back with a brand new faction pack that will have your opponents cowering.

For those of you unfamiliar with Dungeon Command, this miniatures game takes the luck component pretty much out of the picture, in favor of skill and strategy. Winning this game is not as easy as the luck of a dice roll, and you’ll have to carefully plot your strategy if you want to prevail.

Each Dungeon Command faction comes with everything you need to play the game: a dozen miniatures, four double sided board pieces that link to your opponents pieces to create a variety of different boards, various cards (order, creature, commander), and all the tokens you’ll need to keep track of things in game. Wizards of the Coast has even included monster cards for each of the miniatures, so that they can be used in other D&D games. Overall, everything is of very good quality, and should stand up well to the test of time. Even the box is made of a lightweight plastic rather than cardboard, giving it a little more durability than your average box.

The object behind Dungeon Command is to defeat the other commander by lowering morale to zero. You begin with a predetermined amount of morale and leadership (which are listed on the commander cards you receive in the pack). Throughout the game, you gain and lose based on various actions taken by you and your opponent. The game is won when either a commander reaches zero, or a player has no creatures left on the field. Either way, the action is fast paced and constant, as creatures battle for dominance on the field.

Blood of Gruumsh is an orc based set, and the twelve miniatures included with it are quite impressive, both aesthetically and ability wise. If your interest is as a collector, these little guys will look fabulous on your shelf. They are made of a hefty plastic that is quite sturdy (although the tiny weapons they hold means you might want to keep them out of the hands of your toddler). The colors are vivid and lean towards green and brown, the features of both the creatures and their equipment are well defined, and they just look good together as a unit.  There are orc archers and drudges, a chieftain and barbarian, an orc cleric, and even some boars (one of the were variety). In addition to ten smaller figures, you receive two larger figures: an owlbear and a menacing ogre.

The abilities of these creatures are equally impressive, with speed and strong hits a constant for most. The druid even has a special ability that will allow other characters to deploy adjacent to it, rather than at the start square, which is infinitely handy in the thick of battle. The order cards you receive with the faction guide most of the action, and there are many that require difficult decisions in-game. Overall, every move made in Dungeon Command must be well thought out, lest your opponent get the upper hand.

While Dungeon Command is ideally played by two players, each with their own faction, the thorough rule book does include instructions for different types of play. If you have only one faction, you can split the set and play a shorter version of the game between two players (alternate rules are given, although the basic gameplay is mostly the same). If you have more than two players available, you can either play as teams (where team members act as allies and combine their morale at the end), or have a free-for-all game (essentially the same as a standard game, with a larger field and more creatures at play).

One of the more fun aspects of these types of games is the opportunity to customize, and Dungeon Command offers that in spades. If you’re happy with just one faction, that’s cool, but you also have the opportunity to pick up a variety of factions, and then use your favorite creatures to create your own custom set. Combining your favorite creatures and order cards to form one mega set just adds to the fun, as you mess around with which creatures work best for your playing style. Either way, it adds just that much more playability to an already awesome game.

U.S. Senior Editor/Deputy EIC at BrutalGamer, mother of 5, gamer, reader, wife to @MacAnthony, and all-around bad-ass (no, not really)
Previous New Mirror of Fate trailer tells the story of Simon Belmont
Next The Witcher 3: Wild Hunt confirmed for PS4 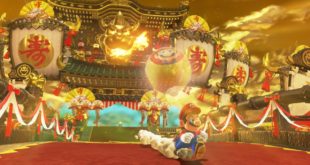 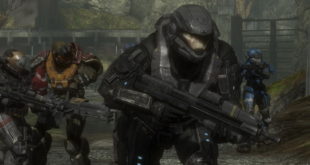 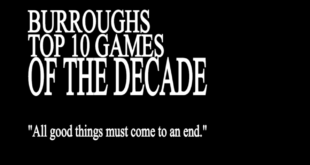 The BG Game of the Month for November is Death Stranding

November was a powerful month for big games, mainly because of headliners Death Stranding and …