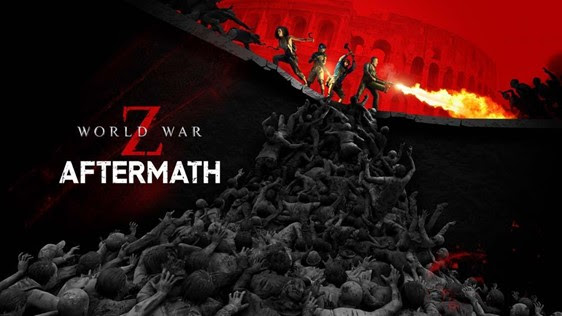 Time to waste a boatload of zombies on the PS5 and Xbox Series X|S, as multiplayer shooter World War Z: Aftermath is set to toss 1k of ’em at you.

Zombies. They come in basically two varieties. First, you get the slower and lurching type that most horror fans are probably more familiar with. But then you also get the fast kind, which are equally unrelenting and tend to appear in… hordes.

It’s a theme that’s very apropos to World War Z, as both the original book and movie features absolute mad amounts of zombies at once. And now, thanks to the current generations of consoles, so does the game.

Gone ‘live’ today, WWZ: Aftermath’s latest update brings in modern console support, as well as the Horde Mode XL. What’s that? Well, it’s a horde mode, you got that much from the name, but that “XL” designation means that there’ll be a lot more zombies than you’ve seen before. Like… a thousand. At once.

It shakes out to be a Horde Mode that delivers standard waves of undead to smite, but with massive mega-waves mixed in. So every once in a while, you’ll get a horde of a thousand of ’em comin’ atcha.

Powered by the next generation of Saber’s dynamic Swarm Engine™, World War Z: Aftermath lets you play on your own with AI squadmates or in co-op for up to four players with full crossplay between PC and consoles. Take on hordes of ravenous zombies with all content from World War Z: Game of the Year Edition, including full episodes in New York, Moscow, Marseille, Jerusalem and Tokyo, plus two new campaign episodes in Rome (including Vatican City) and the Kamchatka peninsula. Experience the heart-pounding immersion of Aftermath’s optional first-person mode, decimate the undead with a new melee system, and level up eight unique classes with distinct play styles and customizable loadouts.

Aside from the above, the new Horde Mode XL is also packed with new mutators, as well as “a revamped weapon progression system, and two deadly new weapons: the sai knives and tri-barrel shotgun”. Yep, sais. Time to do your best Raphael impression.

All of the above should be live right now for World War Z: Aftermath on the Xbox Series X|S, PS5, and PC.

Jason's been knee deep in videogames since he was but a lad. Cutting his teeth on the pixely glory that was the Atari 2600, he's been hack'n'slashing and shoot'em'uping ever since. Mainly an FPS and action guy, Jason enjoys the occasional well crafted title from every genre.
@jason_tas
Previous The Rocketeer returns to comics this May with special One-Shot
Next Gorgeous black and white samurai adventure Trek to Yomi slicing Switch next week