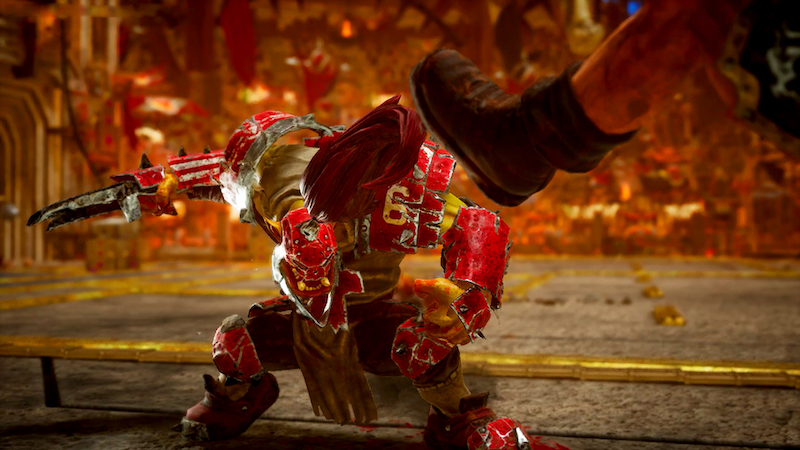 The initial launch version of Blood Bowl 3 will include 12 factions, which is 4 more than featured in Blood Bowl 2. Every 3 months, a new season will begin, with each season adding a new faction and a new Blood Pass. The Blood Pass has 50 tiers that players achieve over the course of the season’s matches. On successfully reaching certain tiers, players receive free rewards that they can use to customise their teams, including new accessories, balls and dice. The top tier in the Blood Pass unlocks that season’s new faction.

There will also be a paid version of the Blood Pass. If players buy it, they can immediately play as the new faction and will unlock a reward at each of the 50 tiers completed.

As an addition to the Blood Pass, Blood Bowl III will also have a heavy emphasis on customization. Using the Pass, players will be able to get access to cosmetic items that otherwise will need to be either unlocked, or bought with Warpstone. That’s the in-game currency, if you don’t know.

Blood Bowl III opens its season on February 23rd, 2023. Look for it for Xbox and PlayStation platforms, as well as the PC. A Switch version is coming too, but “later” on.

Jason's been knee deep in videogames since he was but a lad. Cutting his teeth on the pixely glory that was the Atari 2600, he's been hack'n'slashing and shoot'em'uping ever since. Mainly an FPS and action guy, Jason enjoys the occasional well crafted title from every genre.
@jason_tas
Previous Udon’s Street Fighter 6 to launch with ‘0 issue’ on Free Comic Book Day
Next Marvel has more MCU variant covers on the horizon