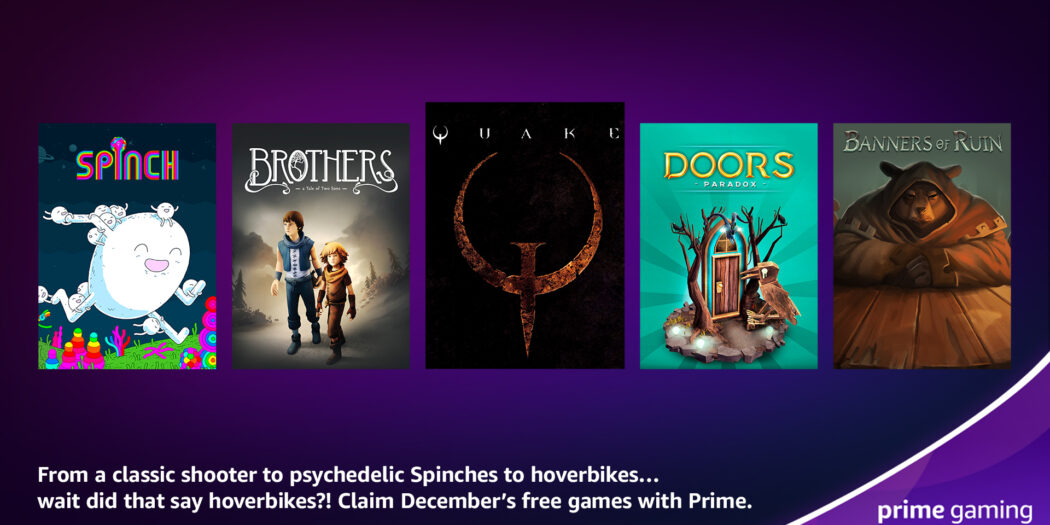 Amazon might not be spoiling subscribers the the way it has recently, but December is still pretty solid, with the classic FPS Quake heading it up.

If you’re a Prime Gaming subscriber, though whatever means, you’ve been kind of spoiled lately. The last few months have served up the likes of Fallout’s New Vegas and 76, Total War: Warhammer II, Middle-earth: Shadow of War, Indiana Jones and the Last Crusade, Assassin’s Creed Origins, Starcraft, and a whole bunch more.

Now, those are some big names. Huge names even. But uh, you’re not going to find too many games of that level in this month’s collection titles. Not that December of 2022 is bad, it’s just not ‘blockbuster’.

If you’re looking for big names, basically all you’re going to find (in terms of freebies), is Quake. But of course Id’s monster 90s hit isn’t alone, and there are some pretty solid titles up for grabs other than it.

Don’t forget Luna and all that DLC

Of course, along with all of the above, Amazon is also delivering a new dose of cloud-based Luna gaming. If you don’t know, Luna has changed a bit, and now rotates in and out a section of monthly titles.

Again it’s cloud-based too, so there’s nothing to install, and you can play as much of any of the games on offer as you want. All you need is a good and solid internet connection.

This month those games include:

And then as usual, there’s a ton of DLC, spread out across a number of massive, hit PC games. That list looks a little something like this:

Jason's been knee deep in videogames since he was but a lad. Cutting his teeth on the pixely glory that was the Atari 2600, he's been hack'n'slashing and shoot'em'uping ever since. Mainly an FPS and action guy, Jason enjoys the occasional well crafted title from every genre.
@jason_tas
Previous Trailer: Indy 5 is officially Indiana Jones and the Dial of Destiny, and here’s your first look
Next Coming Up: The games of December include Midnight Suns, The Callisto Protocol, Need for Speed and more