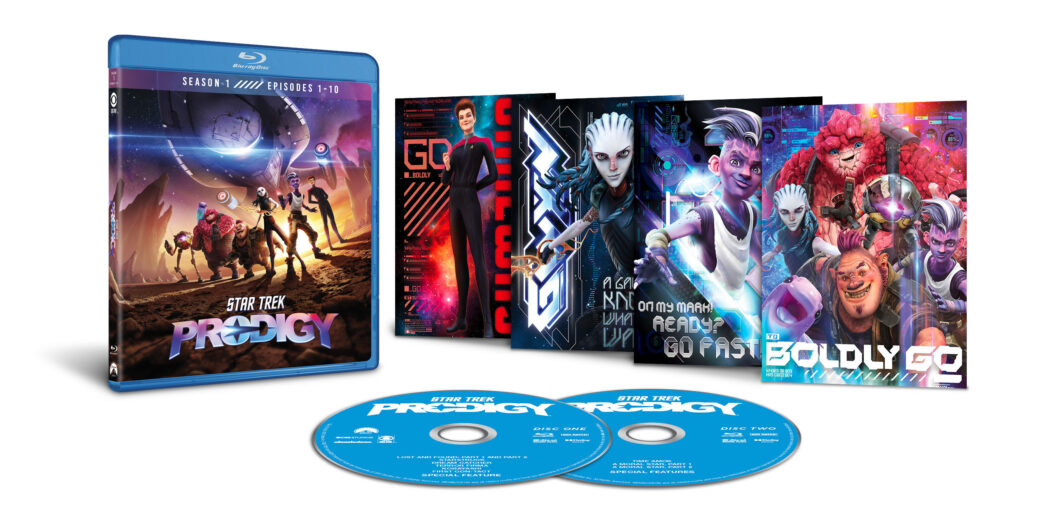 Season 1 of Star Trek: Prodigy coming to DVD and Blu Ray in January

No Plus? No problem

For those who don’t know, Star Trek is a wholly steaming property at this point. A fact that might be frustrating for some, Paramount’s long-running sci-fi franchise has made the leap from it’s traditional network home to Paramount+.

That includes a number of shows that have appeared in recent years, like Discovery, Picard, Strange New Worlds, and of course Prodigy. That latter show is animated, and the first Star Trek cartoon since The Original Series’ spinoff.

While some of the above has been divisive amongst fans, I haven’t heard much about Prodigy. The show does look promising though, and definitely issues a unique look at the Trek universe, with no human character among the main crew (though there is a hologram).

If you’ve been interested, but don’t’ have access to Paramount+, then you might be interested in the show’s home video launch. That’s inbound for January 3rd, 2023, and will include the first season of Prodigy, plus a few extras. Just what those “extras” are isn’t listed, but Paramount says the set will include “never-before-seen bonus content and exclusive cards featuring key art from the series”.

Star Trek: Prodigy: Season 1 Volume 1 synopsis:
Star Trek: Prodigy follows a motley crew of young aliens who must figure out how to work together while navigating a greater galaxy, in search of a better future. These six young outcasts know nothing about the ship they have commandeered a first in the history of the Star Trek franchise but over the course of their adventures together, they will each be introduced to Starfleet and the ideals it represents.

Jason's been knee deep in videogames since he was but a lad. Cutting his teeth on the pixely glory that was the Atari 2600, he's been hack'n'slashing and shoot'em'uping ever since. Mainly an FPS and action guy, Jason enjoys the occasional well crafted title from every genre.
@jason_tas
Previous Trailer: Straight from the latest PPV, here’s the latest look at AEW Fight Forever
Next Trailer: Dwarf’s Adventure quests onto PC on December 2nd