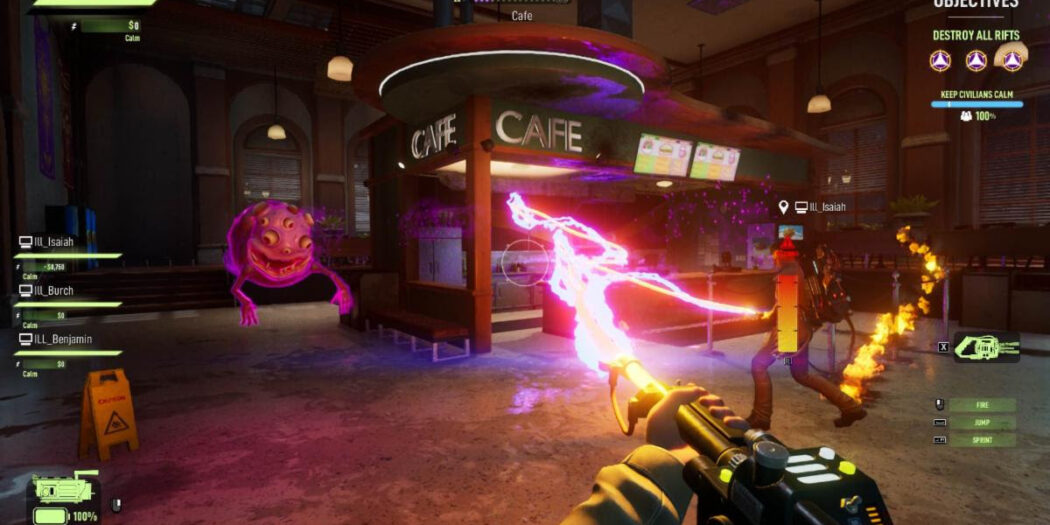 Sure, it’s usually scary movies that take the starring role on Halloween, but there are more than a few fun freak-outs to be had with games too.

Edit: Whelp, this missed publication. Ah well, even if you can’t get to play ’em tonight, these are still fun games worth a look.

You know what season it is. The air is crisp and cool, the jack ‘o’ lantern is aglow on the front stoop, and you’ve got a bag of candy that’s just waiting to be given out to trick or treaters. Yep, it’s Halloween.

After a long year’s wait, one of the biggest holidays on the calendar is back once more and ready to spook ‘boils and ghouls’ everywhere. And if you’re heading to a Halloween party, holding one of your own, or just planning a night online, we have some suggestions on video games to get you in the maniacal-mood.

What’s that? You’re going to watch a movie? Yeah, it’s true that horror movies are more typically associated with All Hallows, but gaming can add quite bit too. A good ‘pick up and play’ title can be the un-life of the party, if you have a group of gaming-friendly folk.

And that’s what this short list is tailored to; pick up and play action. These aren’t horror epics like Resident Evil Village or even Ghostbusters The Video Game, but these instead are games with an angle on quick action, and fast rounds or matches. Most of them are online-only of course, but that doesn’t mean that one can’t play, while the rest of the room watches and joins in on the fun that way.

So with that in mind, here’s a little (unranked) list of games that just might make your holiday…

House of the Dead Remake | Switch

Now, this one comes with a bit of a caveat. House of the Dead Remake has no light gun, and that’s a definite knock against it. In fact, if you have the choice, absolutely grab that copy of the original game, fire up that Dreamcast, and draw your sidearms. But if you don’t have that handy, then the Remake is a pretty darn fun time.

Much more fun in handheld mode, thanks to the Switch’s touchscreen, House of the Dead Remake is still plenty of fun with a joy-con. the game looks awesome, is loaded with cheesy and over the top horror themes, and is just a plain old good time.

Not released all that long ago, Evil Dead: The Game seriously changed the formula as goes video game stabs at the license. Instead of lengthy campaigns, and scripted levels, EDTG made a multiplayer affair out of Ash’s war against the Deadites, with fast playing levels and asymmetrical gameplay.

Yes, for the first time, players can field a deadite or demon against the survivors. Those are a selection of characters that include the famous horror-superhero Ash Williams himself, plus heroes from across the canon, including some from Army of Darkness.

If you’re a Ghostbusters fan, you’re kind of spoiled with video games. No, there aren’t a lot of them, and there have sure been enough stinkers, but then there’s also Ghostbusters: The Game. Effectively a GB3 before Afterlife was even conceived, that game featured all the original actors, and a great little story that set the action in the early 90s.

Spirits Unleashed completely flipped that coin though, following in the steps of Evil Dead and going multiplayer. Well, kind of, since you can play single player as well, but Spirits Unleashed really flies when you get a group together. Much like Evil Dead too, the game features fast-playing missions, with only a loose adherence to story. That’s plus the ability to play as a ghost, giving players the chance to haunt locations, slime humans, and possess dinosaur replicas. Yep, it’s a good time.

Is Dead by Daylight the ultimate Halloween video game? It might be, as the now older title has seen crossovers with just about every big fear-centric film out there. Wanna play Scream? You can. Ash vs Evil Dead? Yep. How about Halloween? Nightmare on Elm Street? Resident-freaking-Evil?! Yes to all of those and a ton more. It’s kind of a horror fan’s dream. Or maybe nightmare.

Now, to be fair, those are all included by way of DLC, but you probably guessed that already. Also, like most of the other titles here, this one’s aimed at multiplayer. But if you have a group online and ready to go, it’s tough to beat.

Jason's been knee deep in videogames since he was but a lad. Cutting his teeth on the pixely glory that was the Atari 2600, he's been hack'n'slashing and shoot'em'uping ever since. Mainly an FPS and action guy, Jason enjoys the occasional well crafted title from every genre.
@jason_tas
Previous Gungrave G.O.R.E to get essentially a ‘new game+’ mode thanks to a second playable character (sorta)
Next Ghostbusters: Spirits Unleashed (Xbox Series X|S) Review