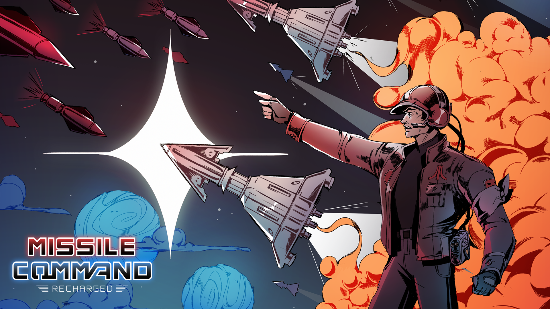 Sporting a set of updates, Atari’s Missile Command: Recharged is back for round 2, and will be ready for more shootin’ action next month.

Knock ’em out of the sky

Developed by Recharged veteran teams Adamvision Studios and SneakyBox, Missile Command: Recharged takes the classic arcade game and updates it in exciting and “synth-sational” new ways. The revamped take on the formative missile defense game includes more inbound enemies, 32 new challenge levels, and a final challenge in the form of a massive boss battle. The aesthetic has undergone an upgrade as well, with a complete visual overhaul and a new original soundtrack by award-winning composer Megan McDuffee — not to mention co-op across all game modes!

As mentioned, this is the second go-around for Missile Command: Recharged. The original release led the way for Atari’s new series, reinventing the company’s all-time greats.

According to the publisher though, it’s had some time to add even more to the game, that was learned along the way. Atari says that fans will now find the game outfitted with “new content and a wholly new gameplay experience.”

Check it out when it launches on Xbox and PlayStation platforms, the Switch, and PC this November 1st.

Jason's been knee deep in videogames since he was but a lad. Cutting his teeth on the pixely glory that was the Atari 2600, he's been hack'n'slashing and shoot'em'uping ever since. Mainly an FPS and action guy, Jason enjoys the occasional well crafted title from every genre.
@jason_tas
Previous Redout II (PC) Review
Next Trailer: Desktop Dungeon demo quests onto Steam’s Next Fest