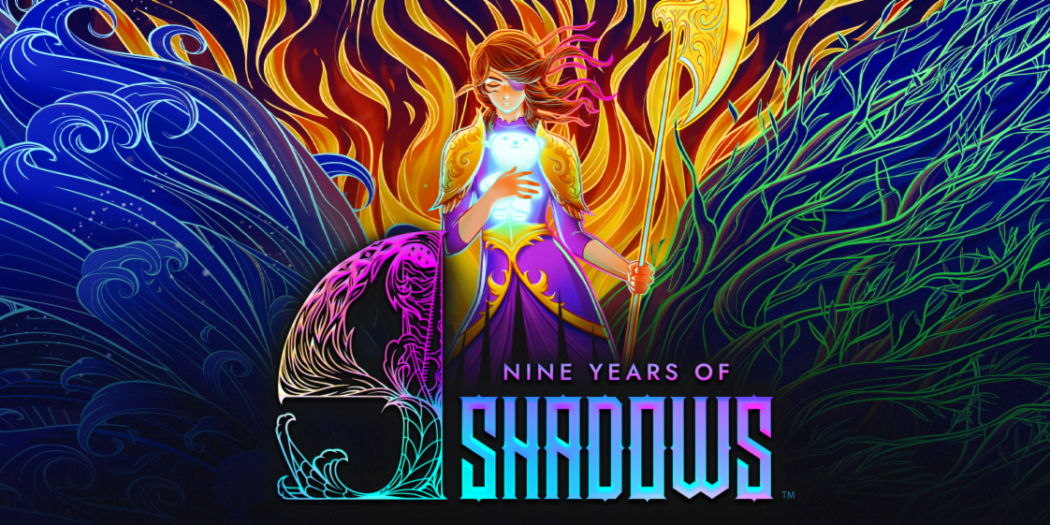 Originally set to come out a little earlier, 9 Years of Shadows has been nudged back to November. But it’s still very much looking worth your time.

Can you carry a tune?

Color has been stripped from a once-prosperous land due to a calamitous curse leaving the world in shades of only black and white. Young operatic warrior Europa takes up her massive halberd and sets out to restore the chromatic essence of life. Enter the Talos Castle, ground zero for this ghastly disaster, to take on gruesome enemies and more than 20 rhythmic bosses across 11 biomes alongside a magical specter in the form of Europa’s childhood teddy bear, Apino.

From developer Halberd Studios, 9 Years of Shadows plays off of music, and has an impressive sounding score from composers Michiru Yamane and Norihiko Hibino. You might recognize the former from Castlevania, and the latter from Metal Gear Solid. So there are some big, big names behind 9 Years of Shadows.

As mentioned, the game has been pushed back just a bit, but not all that far. It’ll officially debut for the PC on November 14th. Look for it via both Steam and Epic.

Jason's been knee deep in videogames since he was but a lad. Cutting his teeth on the pixely glory that was the Atari 2600, he's been hack'n'slashing and shoot'em'uping ever since. Mainly an FPS and action guy, Jason enjoys the occasional well crafted title from every genre.
@jason_tas
Previous Prime Gaming delivers high fantasy with Warhammer and Middle-earth in October
Next Nintendo Download: The Next Era of Heroes Approaches