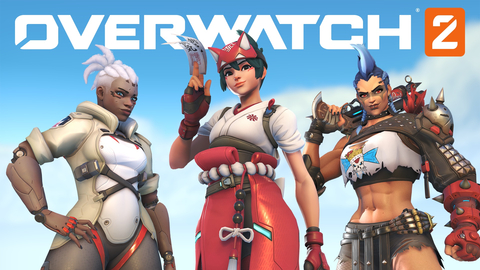 Home / News / Nintendo Download: The Next Era of Heroes Approaches

It’s “Overwatch 2” week on the Switch, as the multiplayer shooter-sequel blasts onto Nintendo’s system, along with a ton of smaller launches.

Now, Overwatch 2 doesn’t land on the Switch till October 4th, but that’s technically still within this September 30th Nintendo Download. So don’t get all excited thinking it’s arriving before all the other platforms get their editions. If you’re a fan of the original though, there’s still plenty of reasons to get psyched.

Blizzard’s sequel introduces new heroes to play as, and 5v5 action that’s promised to be “reimagined”. Will it be enough to lure back lapsed Overwatch players looking for something original? That’s the million dollar question.

Past Overwatch 2, there’s both a ton of stuff and… kinda not much. There’s FIFA 23, so if you’re a soccer fan you’ll wanna have a look at that, but past it there’s mainly smaller and more niche stuff landing.

Scroll down to have a full look at what’s coming up.

** Gold Points are awarded based on the amount you pay (excluding tax and any points or discounts used) and have no cash value. A Nintendo Account is required to receive and redeem My Nintendo points. Terms apply. https://accounts.nintendo.com/term_point. Offer valid through Sept. 30 at 11:59 p.m. PT when you purchase or redeem a download code for the digital version of the Splatoon 3 game in Nintendo eShop or Nintendo.com. For more information about Gold Points, be sure to check out https://my.nintendo.com/about_gold_point.

Jason's been knee deep in videogames since he was but a lad. Cutting his teeth on the pixely glory that was the Atari 2600, he's been hack'n'slashing and shoot'em'uping ever since. Mainly an FPS and action guy, Jason enjoys the occasional well crafted title from every genre.
@jason_tas
Previous Trailer: Musical platformer 9 Years of Shadows re-dated for November
Next Trailer: Homicidal All-Stars brings dystopian turn-based action to Steam Next Fest