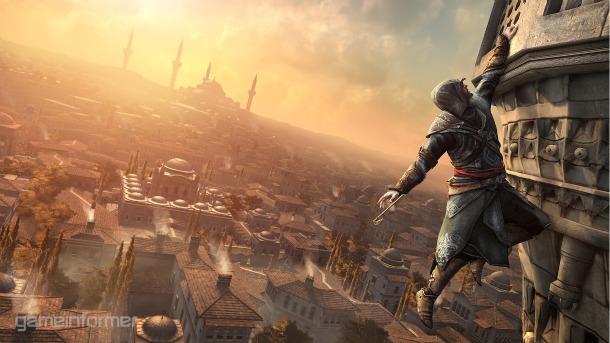 Ubi fans, clear your schedule. The publisher is about to host a “Ubisoft Forward” event this Saturday, with plenty of info on this fall’s releases.

By now, chances are that you’ve seen a whole mess of stuff online about the next Assassin’s Creed title and the future of the series. Still, if you’re a fan of the open-world games, then you’ll want to know the story straight from Ubi’s mouth. And that’s exactly what you’ll get when the publisher hosts Ubisoft Forward this Saturday.

The official reveal of the game will just be the start though, as there’s more being planned for the event. Mario + Rabbids Sparks of Hope, and Skull and Bones will both share that spotlight. There’s also going to be a pre-show with “content from Brawlhalla, For Honor, The Crew 2, Anno 1800, and more.”

The event will be held on Saturday, September 10th. You’ll be able to watch it via Ubisoft’s site, as well as the company’s YouTube or Twitch, and it’ll be presented in just about every language on Earth. You also might want to watch it via Twitch, if you have a choice.

That’s because you’ll get a series of bonuses if you do. And those include:

Jason's been knee deep in videogames since he was but a lad. Cutting his teeth on the pixely glory that was the Atari 2600, he's been hack'n'slashing and shoot'em'uping ever since. Mainly an FPS and action guy, Jason enjoys the occasional well crafted title from every genre.
@jason_tas
Previous Video: Learn about Gotham Knights’ Bat-Family in this new look at the game
Next A whole bunch of big licenses incoming this week from DST, including GI Joe, Star Wars, and more