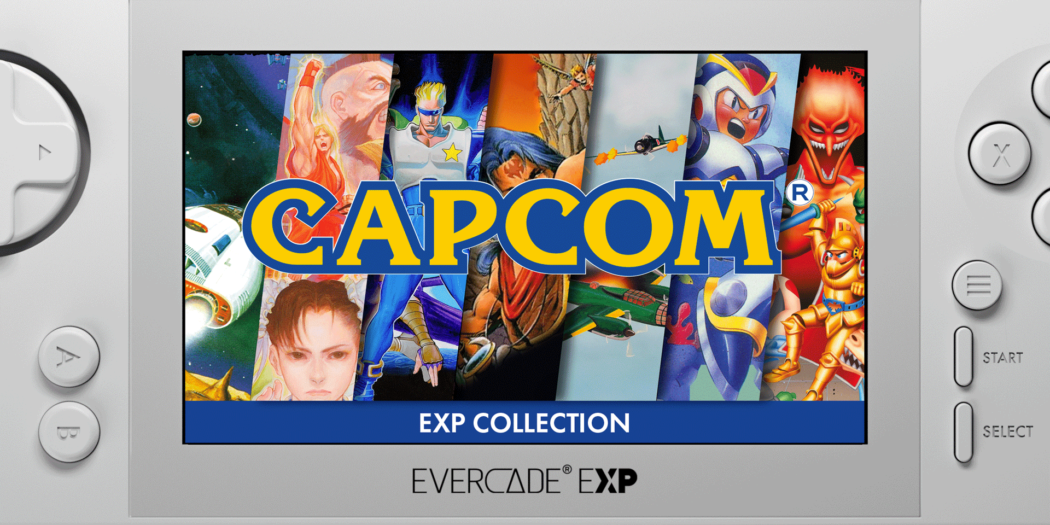 Home / News / Evercade makes a huge announcement, with Capcom to serve up 18 built-in classics for the EXP

Evercade makes a huge announcement, with Capcom to serve up 18 built-in classics for the EXP

If you don’t know, the Evercade family is about to get bigger, with the EXP. And when that hits this Holiday, it’ll include a bunch of Capcom classics.

Launching just a few scant years ago, the Evercade is a cool little handheld with an eye towards retro gaming. The vast majority of titles on the console are of that nature, with a growing mix of console, arcade, and PC titles becoming available.

And speaking of growing, the actual family of Evercade systems is doing that as well. In addition to the original, there’s also the VS, which is a TV-based piece of hardware, and the upcoming EXP. That new system basically super-charges the original. It sports a new IPS screen, vertical-scrolling support (TATE mode), built-in Wi-Fi connectivity, “and more”. And now you an add one more way this new console has improved on the legacy unit, with the addition of a built-in Capcom collection.

A total of 18 games will be included, which is in addition to a cart that is loaded up with Irem titles. While the latter will be on physical media though, Capcom Collection will be digital, and stored right on the hardware. That’s something new for Evercade, which remains otherwise loyal to the format of yore.

In all, the Collection includes:

No, your eyes don’t deceive, those are almost all arcade editions of these classics. Only the Mega Man games and Breath of Fire are from 8 and 16bit consoles. It’s kind of rare to see the actual arcade versions of Ghouls ‘n’ Ghosts and Final Fight presented anywhere, so the Collection is a bit of a gem in that regard.

Again too, it’s a pack-in, and will be included with the Evercade EXP when it ships on November 24th, 2022. The EXP is hitting pre-order status on the 6th of this month (September) and will be priced in at $149.99 USD for the core set.

Jason's been knee deep in videogames since he was but a lad. Cutting his teeth on the pixely glory that was the Atari 2600, he's been hack'n'slashing and shoot'em'uping ever since. Mainly an FPS and action guy, Jason enjoys the occasional well crafted title from every genre.
@jason_tas
Previous A mysterious new FPS from former EA, Dice, and 343 vets is on the hunt for Alpha Testers
Next J. Scott Campbell continues his “milestone” run at Marvel with Luke Cage cover