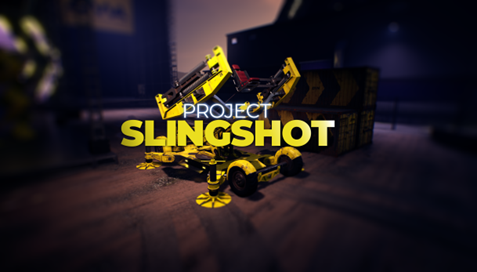 Home / News / A mysterious new FPS from former EA, Dice, and 343 vets is on the hunt for Alpha Testers

A mysterious new FPS from former EA, Dice, and 343 vets is on the hunt for Alpha Testers

Wanna be an Alpha Tester for a new FPS? And I mean like a really, really new FPS, one that doesn’t even have an (official) title yet. Read on…

Get used to the name C77

From the team that C77 Entertainment has put together, it sounds like it could be a monster. The new studio’s roster counts those formerly of EA, Dice, and 343. And that lot is hard at work on a brand new first-person shooter right the heck now.

Codenamed “Project Slingshot”, C77’s debut title is an FPS, and one that at the very least counts multiplayer as a major component. That’s to say, if it isn’t strictly that.

Slingshot takes place in a future time, where massive corporations go head to head in lethal war-games to settle their scores. And of course all of these life-or-death battles are broadcast to the masses. Hey, it’s business, remember?

As fort the nuts and bolts, Project Slingshot is set to be a 16v16, multiplayer “sandbox”, with an eye towards completing in-game objectives. While there isn’t a heck of a lot more to go on, we do have this nifty (and cheesy) teaser to show you:

“We’re thrilled to announce Project Slingshot, a game we have poured our hearts and soul into. Entering private Alpha testing is an important milestone for us, as we finally get to lift the lid on what we’ve been working on.”

“A new multiplayer IP of this scale is a huge undertaking, and the private Alpha testing gives us the opportunity to test, tweak and improve performance. We’re focused on evolving the genre with ideas we’re excited about, rather than chasing trends which we believe gamers will rightly reject. We want to build our community with honesty and integrity, using the feedback we receive to craft a better FPS which we’re confident gamers will love.”

Little note about Mattias Kylén, he built Battlefield maps “including Operation Metro, Grand Bazaar, Siege of Shanghai, Caspian Border and more”. So yeah, he knows what he’s talking about. Oh, and did I mention that his new company is on the lookout for testers?

Alpha Testers are most definitely wanted, as the title is entering that phase soon. The signup process looks pretty easy, and basically just as hopefulls fallout a bit of info and then sitting back and awaiting that magical email. Click here for all of that.

As you might imagine, there’s no release date as of yet, or even platform announcements, for Project Slingshot. So hang on for lots more on this one as it goes through the Alpha phase.

Jason's been knee deep in videogames since he was but a lad. Cutting his teeth on the pixely glory that was the Atari 2600, he's been hack'n'slashing and shoot'em'uping ever since. Mainly an FPS and action guy, Jason enjoys the occasional well crafted title from every genre.
@jason_tas
Previous Magic and guns go great together in this new look at Flintlock: The Siege of Dawn
Next Evercade makes a huge announcement, with Capcom to serve up 18 built-in classics for the EXP