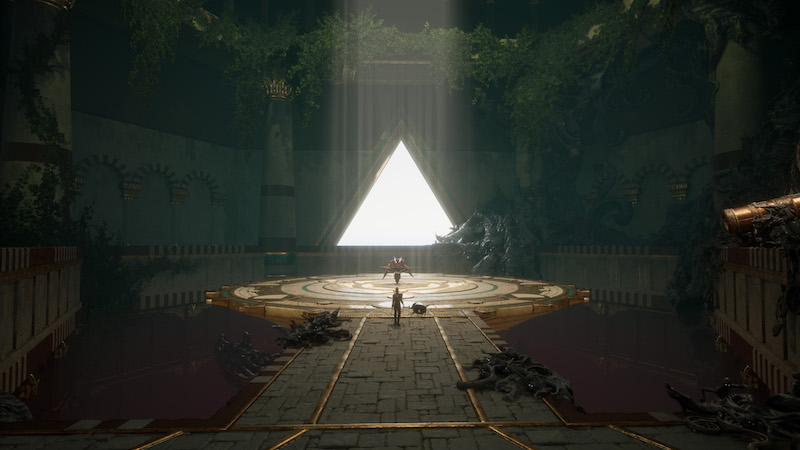 Home / News / Magic and guns go great together in this new look at Flintlock: The Siege of Dawn

Magic and guns go great together in this new look at Flintlock: The Siege of Dawn

From A44 Games and Scorn’s Kepler Interactive, Flintlock is looking to present a unique pairing of lead-slinging and magic-casting.

Okay so apparently “flintlock” is a genre, and not just the name of this new actin title from A44 and Kepler Interactive. Live and learn I guess. While it’s new to me, it’s actually kind of cool too, and marries magical abilities and gunplay.

While we’ve seen Flintlock (the game) in action before, this new look at it delivers a chance to get a little deeper with that title combat system.

With heavy, impactful combat, players must think carefully about their every strike. The soldiers of the Gods’ undead army are devastatingly strong, and their dark magic can turn the tides of battle with just a few strikes. To defeat some of the most powerful beings in existence, players must utilize their full arsenal of tools – using black powder to its fullest extent and combining Nor’s agility with Enki’s most powerful magic to render enemies vulnerable and pick them apart one by one.

While Flintlock: The Siege of Dawn is looking solid already, it’s still a little ways off. The game isn’t expected to arrive for Xbox and PlayStation platforms, and the PC till some time in early 2023.

Jason's been knee deep in videogames since he was but a lad. Cutting his teeth on the pixely glory that was the Atari 2600, he's been hack'n'slashing and shoot'em'uping ever since. Mainly an FPS and action guy, Jason enjoys the occasional well crafted title from every genre.
@jason_tas
Previous Nintendo Doownlooad: The Ooblets are Here!
Next A mysterious new FPS from former EA, Dice, and 343 vets is on the hunt for Alpha Testers