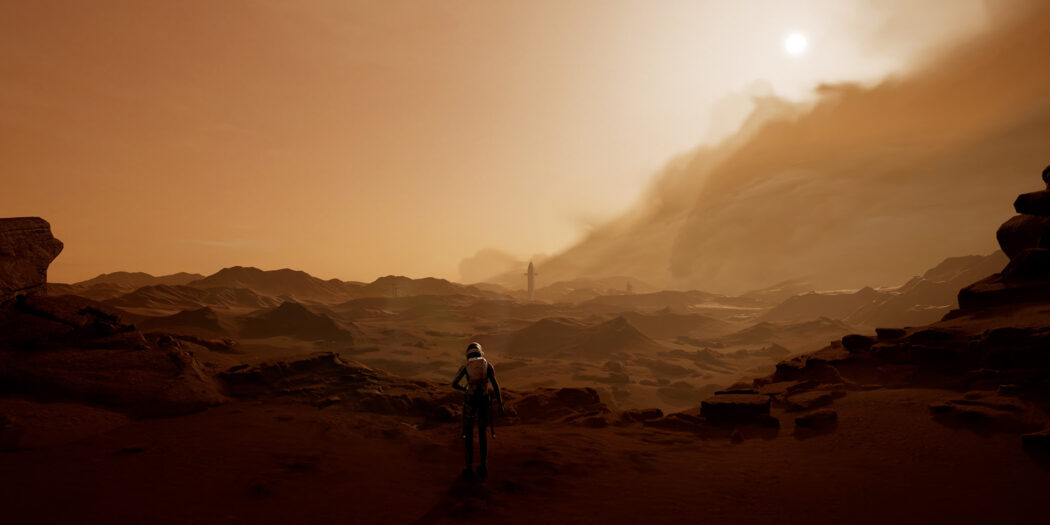 Trailer: Deliver Us Mars tells a sci-fi tale that’s about family as well

A sequel to Deliver Us the Moon, Deliver Us Mars sends astronaut Kathy Johanson on a mission to save the Earth itself, and maybe find her dad too.

In Deliver Us Mars, players take on the role of astronaut-in-training Kathy Johanson. This trailer spotlights the complicated nature of Kathy’s motivations in this game: she wants to help retrieve Earth-saving technology from Mars in order to preserve humanity’s future, which is the ultimate objective of the mission. But she also wants to find out if her long-lost father, Isaac, is still alive, after a mysterious transmission from the Red Planet suggests it’s a possibility. That goal, however, is not shared by her crew mates.

Deliver Us Mars arrives on Xbox and PlayStation platforms, as well as the PC (via Steam and Epic), on February 2nd, 2023.

Jason's been knee deep in videogames since he was but a lad. Cutting his teeth on the pixely glory that was the Atari 2600, he's been hack'n'slashing and shoot'em'uping ever since. Mainly an FPS and action guy, Jason enjoys the occasional well crafted title from every genre.
@jason_tas
Previous Original horror coming up from Dark Horse with Canadian wilderness tale, Skinner
Next The Punisher’s 2nd pre-MCU adventure is coming to 4K