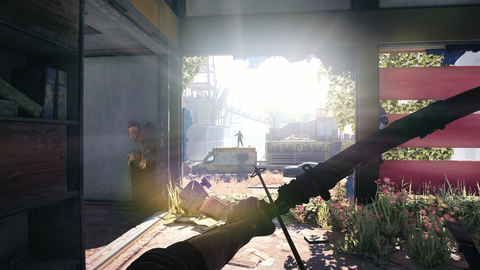 Dying Light 2: Stay Human is already a massive game. With a world that is already bigger than the original game, and loaded with quests and characters (and monsters), it’s a pretty big time-sink right out of the box. And now it’s about to get bigger.

That expansion will come in the form of Bloody Ties, a new story-based DLC pack. It’ll include something called “Carnage Hall”, which Techland says is full of “brutal dangers”. Naturally.

If the new teaser trailer is anything to go by, it looks like there’s a tournament a-brewing.

What dangers await? How can you beat them? What will you get in return? One thing is certain… it will be brutal!

Not much of a look at what’s to come there, but then it’s just a tease. The full look at Bloody Ties won’t come until Gamescom, and its Opening Night Live show, hosted by Geoff Keighley (of course). That’ll be happening on August 23rd, streamed from the Cologne, Germany event.

We’ll have more for you when it breaks.

Jason's been knee deep in videogames since he was but a lad. Cutting his teeth on the pixely glory that was the Atari 2600, he's been hack'n'slashing and shoot'em'uping ever since. Mainly an FPS and action guy, Jason enjoys the occasional well crafted title from every genre.
@jason_tas
Previous Trailer: Retro FPS Dread Templar gets its last Early Access update
Next Demons, shotguns, and pizza too; here’s your first look at Rift Sweeper