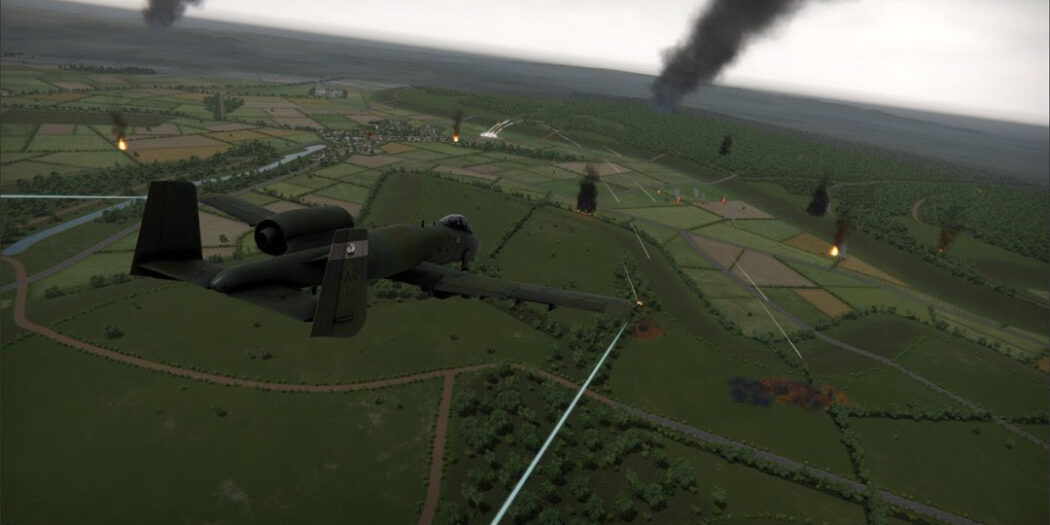 What if the Cold War went hot? A scenario that you don’t see all that often in gaming, that’s the premise behind Regiments, MicroProse’s new RTS.

It’s 1989 and the flames of a New War are flaring up. Thousands of square miles of German landscape will become a stage for sweeping battles between the best NATO and Warsaw Pact has to offer.

Lead your Regiment through the inferno of a wide-scale Cold War conflict in this new Real-Time Tactics game. Break through the lines, call in artilleryand air support, maneuver, feign retreats, and stage mobile defenses. Do not relent.

Genre fans will want to take note of this one, as Regiments makes a pretty big and interesting alteration to the RTS formula. That’s called the Platoon Command System, and it looks to let players “orchestrate battles with unprecedented precision and ease”.

Featuring over 100 unit-types, and playable armies that include the USSR, USA, both East and West Germany, Belgium, and the UK, Regiments is out now for the PC.

Jason's been knee deep in videogames since he was but a lad. Cutting his teeth on the pixely glory that was the Atari 2600, he's been hack'n'slashing and shoot'em'uping ever since. Mainly an FPS and action guy, Jason enjoys the occasional well crafted title from every genre.
@jason_tas
Previous Trailer: Let’s Sing 2023 bringing pop hits to karaoke fans this year
Next Top Gun: Maverick flying onto home video this month