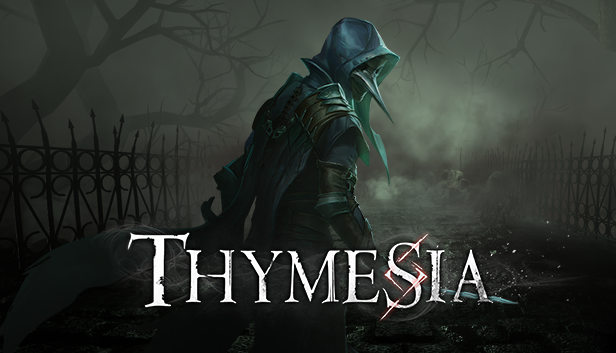 Home / News / The plague-themed horror of Thymesia is getting portable, with a Switch edition

Horror fans need not worry about being chained to their sofas, thanks to the just-announced Nintendo Switch edition of Team17’s Thymesia.

Makes for a terrifying bus ride, or bathroom trip

If you’ve been reading BG for the last few months, you might’ve seen mention of Thymesia. From Team17 and developer OverBorder Studio, Thymesia is an action-RPG, that’s steeped in plague-era themes. And no, I don’t mean the one we just went through.

Set in a fantasy world, and starring a plague-masked hero named Corvus, the game is set to deal out some punishing action as players attempt to defeat the afflicted.

Combining fast paced combat with an intricate plague weapon system, Thymesia allows players to customise several aspects of their build, from chaining longer combos to altering the dodge mechanic, and widening the defect window, players can take on the unforgiving enemies in a way that best suits their playstyle.

Look good? Well you might be surprised (if you didn’t watch the whole trailer) to learn that is Switch edition in action. Of course, there’s a reason it looks so great, as the Switch hardware isn’t running it. Thymesia is set to be a cloud streaming title, so you’ll have to have a stable internet connection to play. Just a little caveat there for you.

If you’re down with that though, you’ll be happy to know that the Switch’s Thymesia will land right alongside the Xbox Series X|S, PS5, and PC versions. That’ll be right around the corner, on August 18th.

Jason's been knee deep in videogames since he was but a lad. Cutting his teeth on the pixely glory that was the Atari 2600, he's been hack'n'slashing and shoot'em'uping ever since. Mainly an FPS and action guy, Jason enjoys the occasional well crafted title from every genre.
@jason_tas
Previous The first of McFarlane’s WH40K Darktide figures is ready for pre-order
Next Trailer: An NES game that isn’t, Timothy and the Tower of Mu is out now