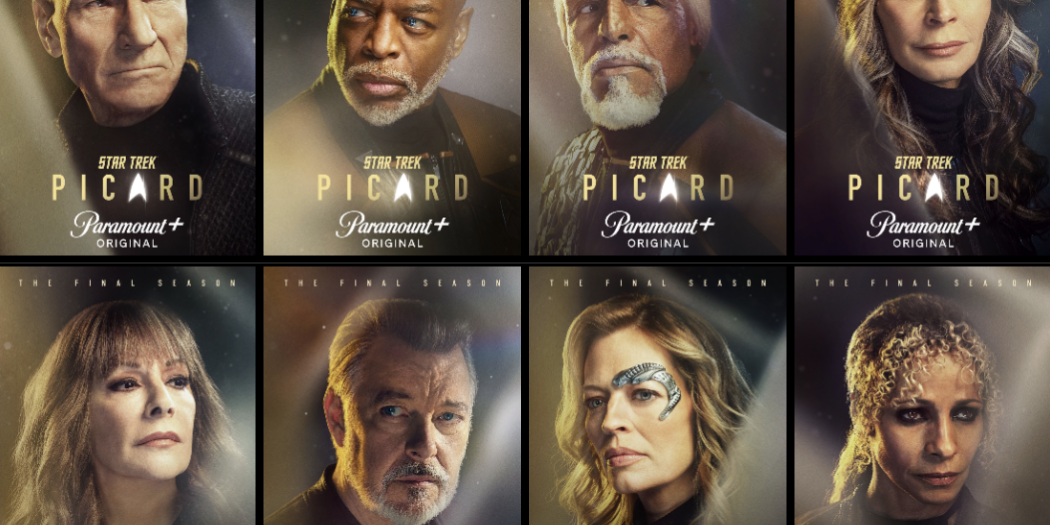 Fresh from SDCC over the weekend, comes a peek at Star Trek: Picard. This season of the Paramount+ show brings back the Enterprise-D’s best.

Star Trek: Picard is kind of an odd duck of a series. The show began with quite a bit of promise for Next Generation fans, bringing back one of the key figures of Trek history. Of course, I’m talking about the title character, Patrick Stewart’s Captain Jean-Luc Picard.

Last seen in 2002’s Star Trek: Nemesis, Picard was easily one of the most popular characters in the canon. For a while though, it seemed as though he and his entire era had been more or less forgotten about.

So when Paramount announced that he was coming back, and in a brand new adventure set within the original Trek timeline, there was some excitement. But the weird part is that that ‘excitement’ didn’t last all that long. Or actually, maybe it’s not weird.

Synopsis’ of season 1 seemed underwhelming, especially in terms of callbacks to the original show. As for season 2, even the return of Q couldn’t save that alternate-universe story from excessive fan derision.

Maybe that’s why Paramount and executive producer Alex Kurtzmann have brought back the remainder of the original crew. Yes, 7 of 9 is still there, and at least one of the show’s new characters will be present as well, but it also looks like all of your favorites from the heyday of the Enterprise-D will be in full effect for the length of the show.

STAR TREK: PICARD features Patrick Stewart reprising his iconic role as Jean-Luc Picard, which he played for seven seasons on “Star Trek: The Next Generation,” and follows this iconic character into the next chapter of his life. LeVar Burton, Michael Dorn, Jonathan Frakes, Gates McFadden, Marina Sirtis, Brent Spiner, Jeri Ryan and Michelle Hurd star alongside Patrick Stewart in the third and final season of the hit Paramount+ original series.

Nope, there’s no hint as to the actual story in that little teaser. And from the press release that we received, there wasn’t much mention of it in the panel at this past weekend’s Comic Con either.

So basically, stay tuned, because there’s a lot more to come on Star Trek: Picard Season 3 as we head towards its release some time in 2023.

Jason's been knee deep in videogames since he was but a lad. Cutting his teeth on the pixely glory that was the Atari 2600, he's been hack'n'slashing and shoot'em'uping ever since. Mainly an FPS and action guy, Jason enjoys the occasional well crafted title from every genre.
@jason_tas
Previous Call of Duty: Vanguard and Warzone get Terminated in new update
Next SDCC 22: IDW to expand the ‘Ronin’ universe in new TMNT mini-series