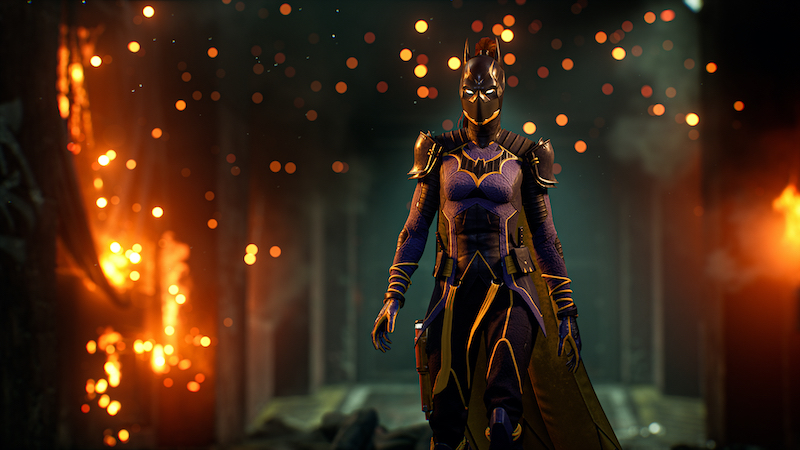 Home / Expo / Get a look at Batgirl in action, in this fall’s Gotham Knights

Get a look at Batgirl in action, in this fall’s Gotham Knights

Batman is gone, but in the chaos, Gotham is still under the protection of the Bat-family in Gotham Knights. And Batgirl is right there in the middle of it.

Along with Gotham Knights’ ‘Batman is dead’ theme, it’s kind of gotten lost that Police Commissioner Gordon isn’t around either. Gordon was almost as big of a force for good in the corrupt city as the Dark Knight was. Though, not to be forgotten, there’s still a Gordon protecting the city.

Barbara Gordon, otherwise known as Batgirl, is one of the four heroes you can play as in Gotham Knights. And while the head of the family is gone, her role hasn’t changed much. That being to crack some skulls, of course.

Billed as an open-world, action RPG, Gotham Knights will see the quartet of heroes evolve into their own version of Batman. You can presumably see that evolution in action in the trailer above, with what’s more or less the current comics version of Batgirl gradually changing her costume to fit her new role.

Gotham Knights is scheduled to arrive for the Xbox Series X|S, PS5, and PC this October 25th, and does have a few pre-order bonuses for early-birds. Those who’d like to lock up their copy now, will get the 233 Kustom Batcycle Skin at launch. For the uninitiated, that’s the look that the vehicle had when it first debuted way back in Detective Comics #233.

Jason's been knee deep in videogames since he was but a lad. Cutting his teeth on the pixely glory that was the Atari 2600, he's been hack'n'slashing and shoot'em'uping ever since. Mainly an FPS and action guy, Jason enjoys the occasional well crafted title from every genre.
@jason_tas
Previous Trailer: Here’s your first look at Dungeons & Dragons: Honor Among Thieves
Next SDCC 22: Amazon debuts an extended trailer for Rings of Power