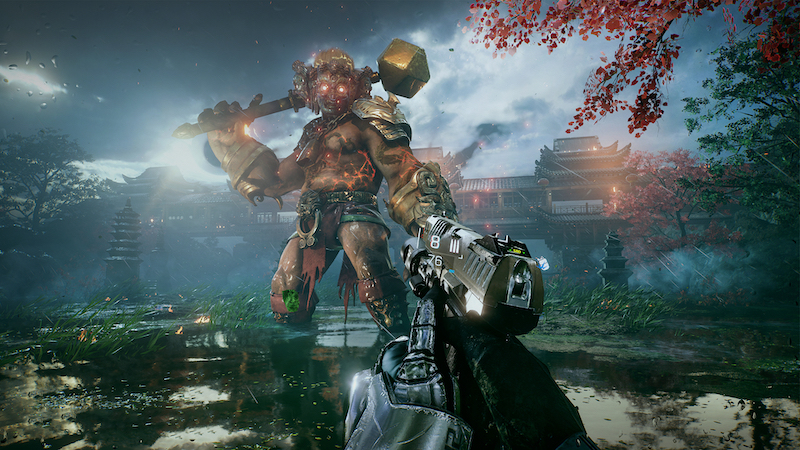 A sudden unnatural weather disturbance in the sky interrupts Lunar New Year festivities and Supernatural Science Research Organization’s top agent, Shelia, must investigate. Immediately thrown into the heat of the action, she squares off against relentless waves of hostile and strangely futuristic soldiers armed to the teeth and giant mythical beasts straight out of Chinese folklore, while a supermassive blackhole appears in the sky and slowly engulfs the landscape.

Master the art of the sword to attack in close range and repel bullets, or fight in a traditional first shooting style, chose between a plethora of artillery for long range attacks and pair attacks with Shelia’s psychic abilities to deliver stunning combos on enemies. Evolve her speed, power and unlock special upgrades in a extensive skill tree as enemies grow feistier as she approaches what’s pushing the world to its nearing collapse.

While the base game remains the same as the PC edition, Bright Memory’s console ports do beef up the visuals. According to PLAYISM, the game supports 4K and raytracing on both the Xbox Series X|S and PS5, along with 60fps visuals.

The X and PS5 can go to 120 (as an option) as well, and the S offers up 1440p instead of 4K. As of the Switch, that’s being called a “native port with gyroscopic aiming support, and multi-sampling of TAA anti-aliasing for a stylish presentation on the go”.

Additionally, the game is packed with all of the cosmetic DLC from the PC version, and the Xbox edition has some bonuses in that realm as well. Bright Memory: Infinite is priced at $19.99 USD, and is available right now for Xbox Series X|S, PS5, and Nintendo Switch.

Jason's been knee deep in videogames since he was but a lad. Cutting his teeth on the pixely glory that was the Atari 2600, he's been hack'n'slashing and shoot'em'uping ever since. Mainly an FPS and action guy, Jason enjoys the occasional well crafted title from every genre.
@jason_tas
Previous SDCC 22: Boom Studios panels and signings start today
Next Nintendo Download: LIVE A LIVE Makes Its HD-2D Debut