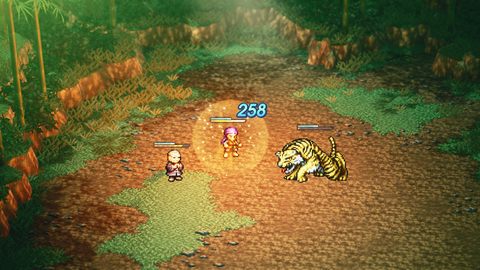 Live A Live is alive! The “HD-2D” RPG arrives for Nintendo’s Switch this week, along with Gunvolt 3, Capcom’s latest Arcade Stadium, and more.

All the rage when it comes to classic role-playing titles, adding modern visual tricks onto old-school looks results in a striking appearance. Live A Live is the latest title to take advantage of that aesthetic, and it’s finally here for the Switch.

At it’s core though, LAL is a classic RPG, and if you love the genre as it was in the 16bit age, you should dig this one in a big way. Speaking of ‘old school’, the other highlight this week is decidedly in that camp as well.

Of course, I’m talking about Capcom Arcade 2nd Stadium. If you played the first one, then you know these are absolutely packed with classic arcade titles, serving up games a’la carte, or in a bundle deal. Thirty games round out the collection overall, and the base download includes the arcade title SonSon for free.

Jason's been knee deep in videogames since he was but a lad. Cutting his teeth on the pixely glory that was the Atari 2600, he's been hack'n'slashing and shoot'em'uping ever since. Mainly an FPS and action guy, Jason enjoys the occasional well crafted title from every genre.
@jason_tas
Previous Trailer: With swords, psychic powers, and plenty of firepower, Bright Memory hits consoles
Next SDCC 22: Udon updates in-booth signings, start tomorrow