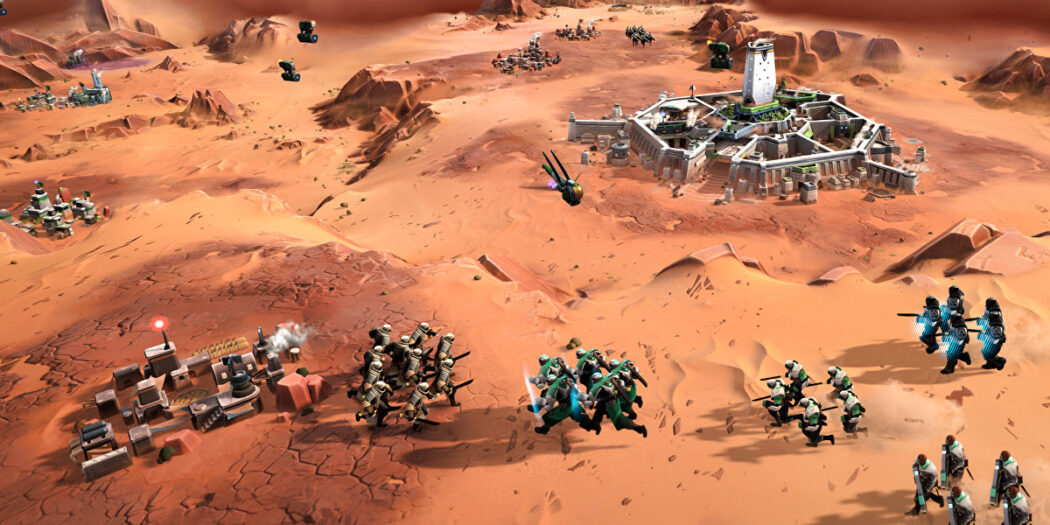 Funcom and Shiro Games’ strategic take on the legendary Dune license gets a significant new addition today, in the form of multiplayer action.

Multiplayer on the arid and hostile surface of Arrakis? Oh yes, it be so, as the recently released Dune: Spice Wars has been updated to offer more than just the single-player campaign.

Shiro Games’ 4X meets RTS title is in Early Access of course, so big time updates are to be expected. That’s kind of the point of EA, as games under that banner generally have a ways to go before they can be considered ‘retail’ editions.

In the case of Dune here, that first massive updating means multiplayer. Though this isn’t just one flavor of that, as players can compete whole cloth, or join forces with another faction in 2v2 battles.

Players can now band together in 2v2 matches or face each other in a free-for-all of up to four players. To celebrate this milestone, Dune: Spice Wars is now 20% off on Steam. Gather your forces and take a look at the brand-new multiplayer trailer!

There has never been a better time to lure friends in with promises of spice, then see who the desert takes first. In today’s update, take the reins of either the Atreides, Harkonnen, Fremen, or Smugglers in matches of up to four players. Any open spots can be filled with AI-controlled factions ranging in difficulty from easy to insane, and each game can be tailored to suit preferences, including map size and sandworm, storm, and Sietch activity. Victory conditions can also be tweaked.

Along with the multi, the new update also reworks the games “development trees”. Expect a renewed “focus on synergy between factions”. And that’s plus “new political resolutions, events, regions, and many other improvements. “

The update should be live right now.

Jason's been knee deep in videogames since he was but a lad. Cutting his teeth on the pixely glory that was the Atari 2600, he's been hack'n'slashing and shoot'em'uping ever since. Mainly an FPS and action guy, Jason enjoys the occasional well crafted title from every genre.
@jason_tas
Previous Xenoblade Chronicles Nintendo Direct tomorrow
Next Trailer: Skeleton Crew serves up 1-4 player side-scrolling action