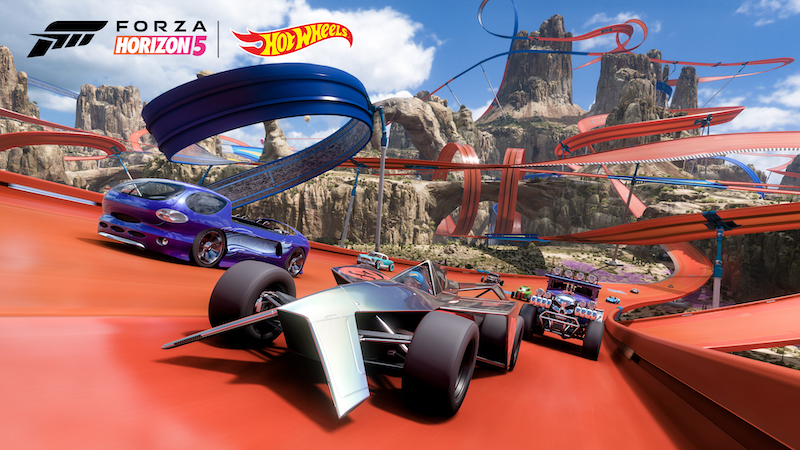 The big orange tracks are back. Not long after getting a winner of game all to itself, Hot Wheels is coming to Forza Horizon 5 (and looking great).

Have you played Hot Wheels Unleashed? Released last year, the game finally offered up solid Hot Wheels-branded racing action. But the license isn’t going to be set aside that quickly.

Shown at the Xbox and Bethesda Showcase yesterday, there’s a fantastic looking Hot Wheels pack coming to Forza Horizon 5. Imagine, if you will, the stunning looks of Microsoft’s racing series, but with the insane, looping tracks of Hot Wheels.

Well, imagine it, or just watch the below trailer.

Seriously, how cool is that? While Forza Horizon 5’s gameplay and looks stay intact, the game is massively altered by the inclusion of those gigantic plastic tracks. Dubbed Horizon Hot Wheels Park, Forza’s upcoming expansion will offer up the most “extreme tracks ever devised”. And that just might be an understatement.

The pack will be loaded with 80 “distinct” track parts, and yes that means it’ll allow players to build their own courses. But there’s more, because on those courses you’ll be able to control a 10-pack of fresh cars. Those include the 2021 Hennessey Venom F5 and the 2000 Hot Wheels Deora II.

You won’t have long to wait for all of this either, since Horizon Hot Wheels Park is coming to Forza Horizon 5 on July 19th, 2022.

Jason's been knee deep in videogames since he was but a lad. Cutting his teeth on the pixely glory that was the Atari 2600, he's been hack'n'slashing and shoot'em'uping ever since. Mainly an FPS and action guy, Jason enjoys the occasional well crafted title from every genre.
@jason_tas
Previous Giger-inspired horror title Scorn coming just in time for Halloween
Next Diablo IV confirmed for 2023, debuts Necromancer class