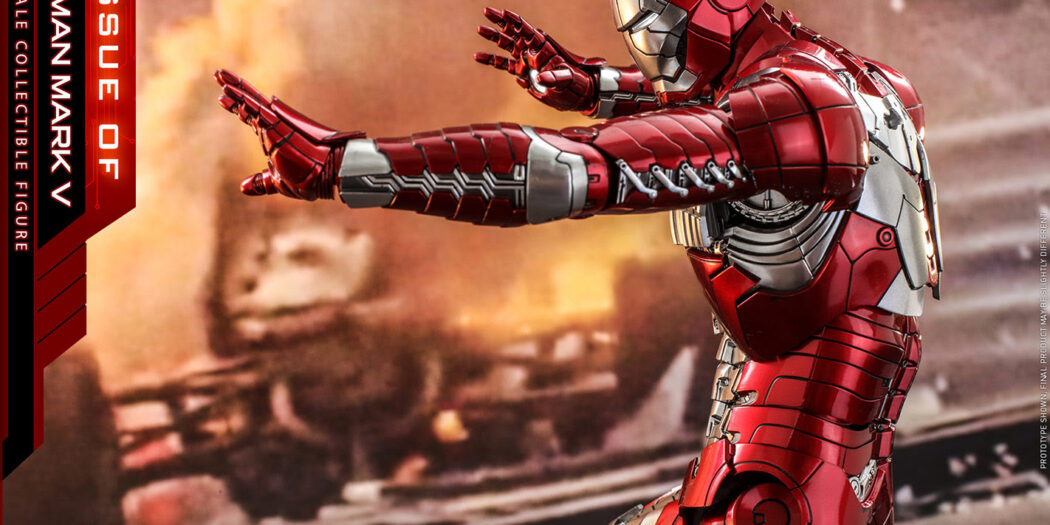 Iron Man 2 might not be considered the best of the MCU, but it’s hard to find fault with the appearance of the ‘suitcase armor’ as a standout.

Yeah, yeah, I can hear it now. I’m sure there are people reading this and thinking about what a letdown Iron Man 2 was as a film. Personally, I liked it a lot, and still do. Yes, they brutally murdered the classic “Demon in a Bottle” story arc, but there’s a ton about the movie that’s a lot of fun.

One of the best parts too, is the armoring-up scene, featuring the suitcase armor. While it’s not quite the Silver Centurion suit, which we actually see (sorta) for real in IM3, the suitcase “Mark V” is plenty cool in its own right.

Now Hot Toys is re-issuing its version of the armor, and it’s looking every bit as cool as the big screen version. Stocked with an alternate Tony Stark head (complete with Robert Downey Jr likeness), light-up features, and loads of accessories, it’s a piece that fans of the MCU Armored Avenger will definitely want to take a look at.

Sideshow Toys recently did an unboxing video to that end, with a full look at the figure.

The Mark V, affectionately known as “The Suitcase Suit,” was a new lightweight and highly portable version of the Iron Man armor that could be donned quickly when danger struck, allowing Tony Stark to suit up in a matter of seconds — something he desperately needed when he was ambushed by Whiplash during the Monaco Grand Prix!

Priced in at $360 USD, the Mark V is up for pre-order right now via Sideshow’s online shop. It’s scheduled to ship out this summer.

Jason's been knee deep in videogames since he was but a lad. Cutting his teeth on the pixely glory that was the Atari 2600, he's been hack'n'slashing and shoot'em'uping ever since. Mainly an FPS and action guy, Jason enjoys the occasional well crafted title from every genre.
@jason_tas
Previous DC Comics’ Zatanna Zatara joins Sideshow’s Premium Format line
Next Resident Evil 4 remake creeping onto modern consoles and PC