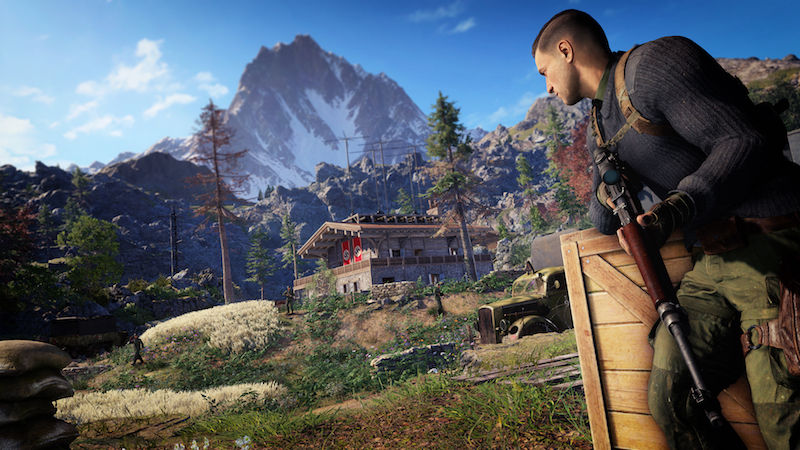 Home / News / Trailer: Follow the kill-cam in the latest look at Sniper Elite 5

As a series, Sniper Elite has had a heck of a lot of fun with kill-cams. Following shots through bone and tissue. So of course it’s back for part 5.

Where the bullet meets the bone

Enhancements have been made to both the physics and the visuals behind Sniper Elite 5’s Kill Cam. Bullets can now ricochet off bones causing even further internal devastation which is shown to the player in more detail thanks to enhancements in the visual representation of the characters including more definition of the skeleton, muscles, organs and sinew.

The inclusion of iron sights for both SMGs and pistols, a first for the series, will allow players to be more accurate with those weapons, which will, in turn, trigger a Kill Cam for the most clinical of shots. Players will also have control over the Kill Cam in real-time with the ability to speed up/slow down the cinematic, as well as being able to adjust the camera angle.

A favorite feature with fans of the franchise, the frequency with which a player sees Kill Cam, can be adjusted in the game’s menu, including the ability to turn it off completely.

In addition to the new kill-cam stuff, there’s also going to be a fair bit of customization for Sniper Elite 5. Players will be able to set to task at workbenches in each level. Those will allow for new customization options, and the ability to shift tactics to new mission objectives.

Jason's been knee deep in videogames since he was but a lad. Cutting his teeth on the pixely glory that was the Atari 2600, he's been hack'n'slashing and shoot'em'uping ever since. Mainly an FPS and action guy, Jason enjoys the occasional well crafted title from every genre.
@jason_tas
Previous One week of free multiplayer access kicks off today for Call of Duty: Vanguard
Next The world of Bloodborne returns to comics with new series