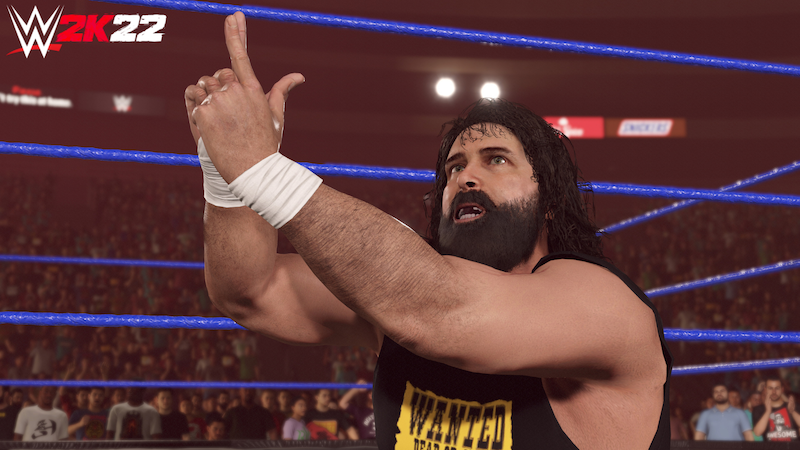 Home / News / Cactus Jack, Vader and more come to WWE 2K22 in the Most Wanted pack

Another dose of new grapplers is on the way to 2K Games’ WWE 2K22. Those include the legendary hardcore persona of Mick Foley, Cactus Jack.

There was no more feared persona from the split mind of Mick Foley than Cactus Jack. Back in the 90s, and this goes specifically for the WWE (or “F” at the time), there were few sights as terrifying for the opposition as that of old Jack coming down the aisle. And now he’s (officially) coming to WWE 2K22.

The tough as nails, hardcore legend is the latest downloadable inclusion for 2K Games’ latest. But as with the last round of wrestlers, he’s not alone. 2K has loaded up a new pack called “Most Wanted”, with both current and classic superstars.

And there are some big time names here. Check ’em out in action below.

Along with the above, and the already available Banzai Pack, 3 more DLC collections are still incoming. The full set of those will be included with the with the Season Pass, as well as the game’s Deluxe Edition and nWo 4-Life Digital Edition. And of course, you can buy each separately too.

The Most Wanted pack is out right now, for all versions of WWE 2K22.

*The Most Wanted Pack is included with the Deluxe Edition and nWo 4-Life Digital Edition of WWE 2K22 and is included as part of the WWE 2K22 Season Pass. Also available for individual purchase. Base game required.

Jason's been knee deep in videogames since he was but a lad. Cutting his teeth on the pixely glory that was the Atari 2600, he's been hack'n'slashing and shoot'em'uping ever since. Mainly an FPS and action guy, Jason enjoys the occasional well crafted title from every genre.
@jason_tas
Previous Trailer: The adventure begins, as Outward: Definitive Edition arrives
Next Frankenstein: New World to continue Mike Mignola’s Hellboy universe