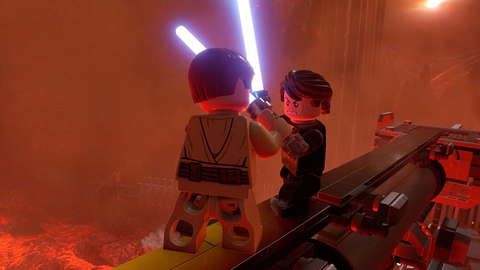 April is in full swing, and game releases are about to pick up a bit. That includes a bunch of nice-looking Indies, and a few Star Wars games to boot.

Well, actually don’t expect a deluge of games this month. At least, not big name ones. What there are though, are a few indie releases to keep an eye on, with a couple of larger ones mixed-in.

Names to watch are B.I.O.T.A. and Turbo Overkill in the indie arena. Both “retro” titles, but are radically different games otherwise, with the former being an action/platformer and the latter being an FPS. The two are looking terrific though, in their own ways, and seem like possible sleeper hits.

Then there are the bigger names. Star Wars: The Force Unleashed makes a comeback in remastered form this month, along with the legendary Chrono Cross. That’s in addition to Chernobylite’s next-gen debut. And finally, there’s a game that’s already out there, with LEGO Star Wars: The Skywalker Saga. That came out last week, and is available for… pretty much everything.

Here are your notables for April ’22:

Jason's been knee deep in videogames since he was but a lad. Cutting his teeth on the pixely glory that was the Atari 2600, he's been hack'n'slashing and shoot'em'uping ever since. Mainly an FPS and action guy, Jason enjoys the occasional well crafted title from every genre.
@jason_tas
Previous Classic fantasy title The Wheel of Time returns to head up GOG’s newest collection
Next Nintendo Download: These Are the Remakers and Dreamers of Dreams