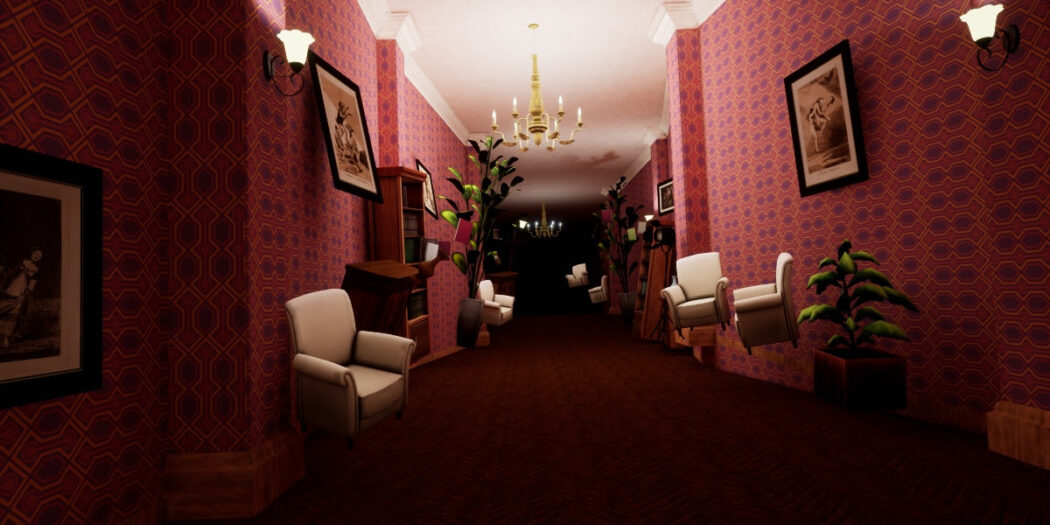 Sony and BlackChiliGoat’s Tape weaves its terrifying tale this month

A disappearance, a mysterious Super8 camera, and a shambling monstrosity all take center stage in Sony’s new horror title Tape.

I’ve watched the trailer for Tape a few times, and I still can’t quite say I’ve got a solid understanding of what’s happening. But like in a Chris Nolan film, that might not be a bad thing.

And I say that mainly because horror doesn’t really have to make strict sense. Well that and Tape’s trailer has some serious quality happening. It definitely reminds me of a horror-tilted Inception, but there’s a lot more to it as well.

As you’ll see, everything is not what it seems in Tape. You play as Iria, a young lady who’s lost her dad. No, seriously, he’s gone missing. And the acclaimed horror-film director that he is, there are twists aplenty.

For one thing, Iria is tasked with reassembling her own memory. And for another, there’s a Super8 camera that can… turn back time.

Tape is a first-person psychological thriller set in the north of Spain in the 1990s where players will be able to use time to their advantage. Thanks to an old Super8 camera, Iria, the main character will be able to play with time to solve puzzles and try to remember the past events that led to her dad’s disappearance, an acclaimed horror movie director. The game will challenge players to use the rewind mechanic to solve puzzles, escape the nightmares that inhabit Iria’s memories while exploring an eerie location heavily influenced by her dad’s work in the past.

Intrigued? Then you’ll be happy to know that Tape lands on the PS4 and Steam on April 14th.

Jason's been knee deep in videogames since he was but a lad. Cutting his teeth on the pixely glory that was the Atari 2600, he's been hack'n'slashing and shoot'em'uping ever since. Mainly an FPS and action guy, Jason enjoys the occasional well crafted title from every genre.
@jason_tas
Previous Assemble and developer Tiny Roar showcase gameplay in sci-fi actioner Xel
Next Another Sight, Hue, and more land on Xbox Games with Gold