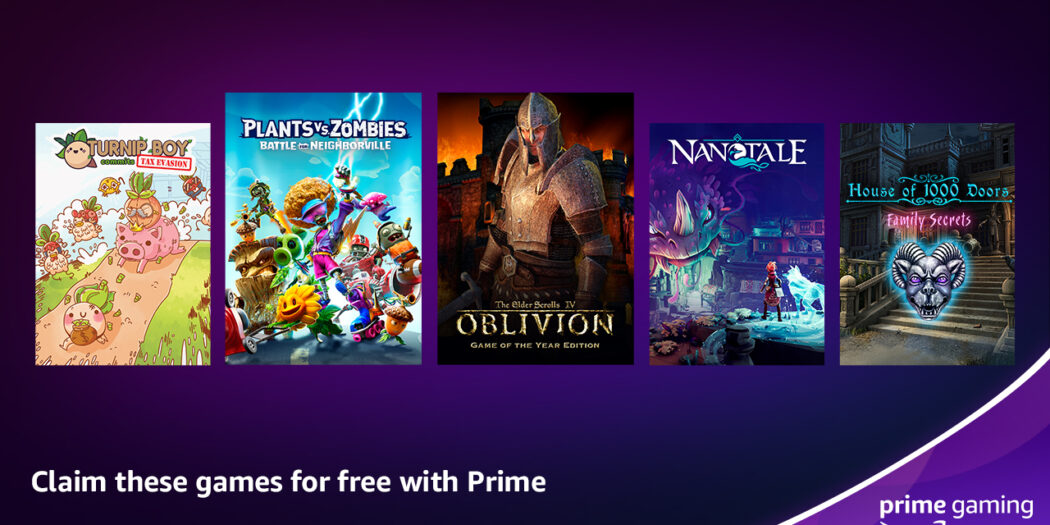 Amazon’s Prime Gaming keeps on improving, and by more than the April lineup. Blizzard add-ons are coming, and Luna has a nice selection landing.

Amazon Prime and Prime Gaming subscribers have a lot to be happy about in April. Not only is the month’s collection of freebies nicely stacked, but there’s also a pretty good month of Luna titles to look forward to, and the debut of Blizzard add-ons.

Yes, much like Amazon already has in place with other companies, Blizzard will begin to offer up add-ons for it’s titles. Right now those include the above, but Starcraft and World of Warcraft stuff will be on the way as well. Prefer full, free PC games? Well don’t worry, you’ll have those to download as well.

April brings The Elder Scrolls: Oblivion to the core service, as well as Plants vs Zombies: Battle for Neighborville, and Monkey Island 2’s special edition. Of course, there’s lots more to do and play, thanks to the usual assortment of extras appearing throughout the month.

But on top of all of that, there’s the Amazon Luna collection too. With the March games rotating out, April will bring Mortal Shell: Enhanced Edition, Amnesia: Rebirth, Tracks: Toybox Edition, and King of Fighters’ 98. Amazon adds that there’s much more to come with Luna, so keep an eye out. There might be a few surprises in the months to come.

As for this upcoming month though, here’s your calendar:

Jason's been knee deep in videogames since he was but a lad. Cutting his teeth on the pixely glory that was the Atari 2600, he's been hack'n'slashing and shoot'em'uping ever since. Mainly an FPS and action guy, Jason enjoys the occasional well crafted title from every genre.
@jason_tas
Previous Original superhero aRPG Superfuse on the way from Raw Fury
Next Trailer: Roguelike city-builder Terraformers launching next month