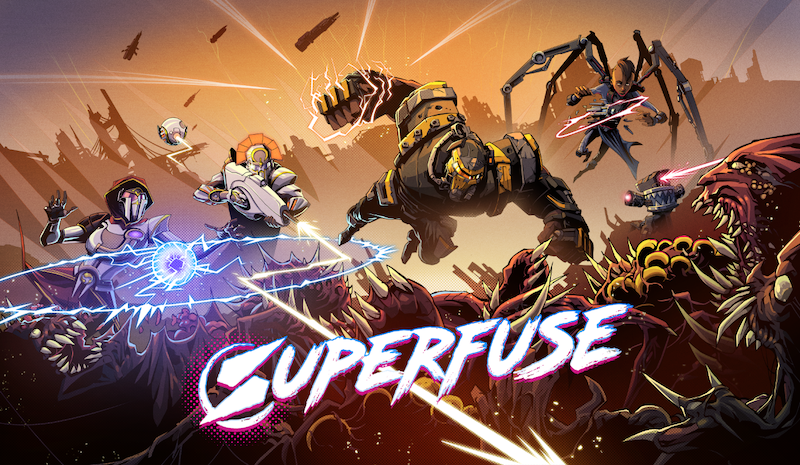 Original superhero aRPG Superfuse on the way from Raw Fury

It’s been some time since we’ve seen an original superhero anything, but Raw Fury has just that on tap, with its great looking action-RPG Superfuse.

What was the last great original superhero video game you played? Infamous, maybe? Or if you fog back even further, it might be Freedom Force. Whichever your preference, it’s been a while. And while the quality of Raw Fury and developer Stitch Heads’ Superfuse is yet to be determined, it’s definitely looking sharp.

An action-RPG, the game features an isometric perspective, with an animated aesthetic. And while it’s decidedly sci-fi in themes, it’s also got something of a ‘The Boys’ feel. At least it does in this new trailer.

Centuries ago, humanity escaped the dying Earth with technology funded by the corporate elite. As humans spread across the solar system, the wealthy lived in luxury, extending their lives and augmenting themselves with superpowers, becoming gods while the rest of humanity barely clung to life. Dissent grew but a new threat emerged in the form of shambling monsters called the Corruption. And so the corporate gods created the Enforcers to patrol the solar system and deal with the danger posed by the Corruption.

In addition to the action that you see above, Superfuse features dynamic skill trees. So you’ll upgrade and improve your “Enforcer” as you play. You’ll also find copious amounts of loot as well. Hey, this is an aRPG remember?

Raw Fury promises you won’t get bored visually either, with multiple play-locations like “”futuristic cities, corrupted lands, and treacherous dungeons packed with lore, secrets and treasures”. Look for solo as well as 4-player, drop in/out multiplay and a fully voiced campaign in Superfuse.

The game arrives in Early Access on the PC some time later this year, with a 2023 full launch on the calendar.

Jason's been knee deep in videogames since he was but a lad. Cutting his teeth on the pixely glory that was the Atari 2600, he's been hack'n'slashing and shoot'em'uping ever since. Mainly an FPS and action guy, Jason enjoys the occasional well crafted title from every genre.
@jason_tas
Previous PlayStation finally gets its own Game Pass, with new PlayStation Plus expansion
Next Prime Gaming features Oblivion and more in April, adds Blizzard goodies