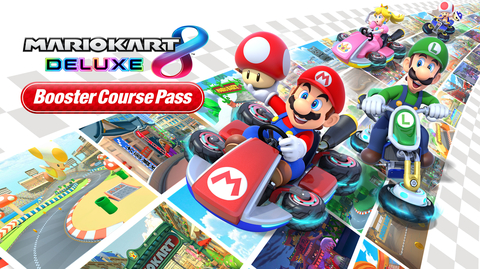 The biggest launch for this week is a game that’s been out for a while. The Booster Course Pass arrives for Mario Kart 8, adding in an eventual 48 (!) additional tracks.

If you’re a Mario Kart 8 Deluxe fan, then you have a very good week in store. The Boost Pass finally arrives for the game, and if you’re not aware, it’s set to expand the latest MK significantly.

The Pass will eventually bring a total of 48 new tracks to MK8D. Or rather, 48 “remastered” ones. The tracks that are on the way should be memorable ones for just about every MK player too, since they’ve been plucked from Mario Karts past. And yes, that includes even the mobile game.

The plan is laid out over both this and next year (2023), and will see packs of 8. A total of 6 drops are planned, and but the time it’s all said and done Mario Kart 9 will be out… I mean 48 remastered tracks will be included.

Other than the beginning of the MK8 track-onslaught, this week also brings Rune Factory 5, Persona 4 Arena Ultimax, Shredded Secrets, and a bunch of smaller launches.

* Full version of game required to use DLC. Sold separately.

Jason's been knee deep in videogames since he was but a lad. Cutting his teeth on the pixely glory that was the Atari 2600, he's been hack'n'slashing and shoot'em'uping ever since. Mainly an FPS and action guy, Jason enjoys the occasional well crafted title from every genre.
@jason_tas
Previous Sniper Elite 5 takes aim at a May launch on consoles and PC
Next Diamond Select announces partnership with action icon Jean-Claude Van Damme