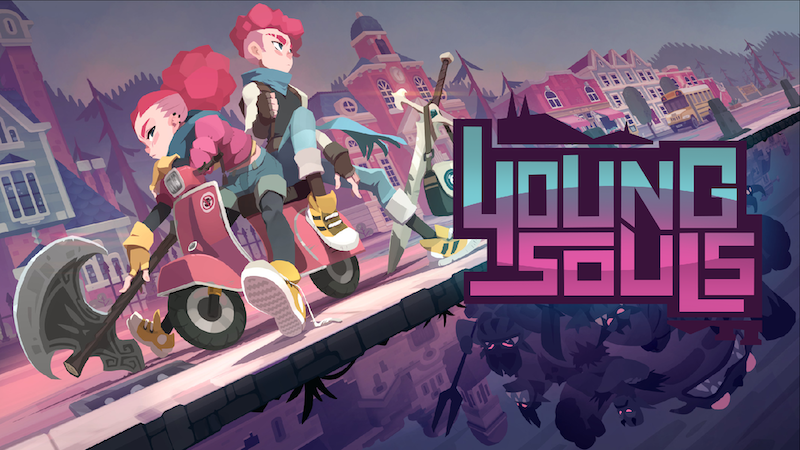 Trailer: Young Souls knuckles up today on consoles and PC

Ready to kick the crap out of some nasty goblins? Then you might be interested to know that the stylish brawler Young Souls is finally here.

Young Souls follows the battles of Jenn and Tristan, twins saved from abandonment by a caring scientist, as they search for their mysteriously vanished guardian. After discovering a portal to another world and the incredibly powerful forces prowling beyond it, the twins take up arms to rescue their guardian along with life as we know it in a touching journey.

Young Souls is out now for the PS4, Xbox One, Switch, and PC, and is fully playable on both Xbox Series X|S and PS5. It’s also a part of Microsoft’s Game Pass, so it’s loaded up and ready to go for subscribers on both PC and Xbox(es).

Jason's been knee deep in videogames since he was but a lad. Cutting his teeth on the pixely glory that was the Atari 2600, he's been hack'n'slashing and shoot'em'uping ever since. Mainly an FPS and action guy, Jason enjoys the occasional well crafted title from every genre.
@jason_tas
Previous Nintendo Download: F-Zero X Comes to Nintendo Switch
Next Metaphysical mountain-climbing adventure Insurmountable gets a near-total reno with version 2.0