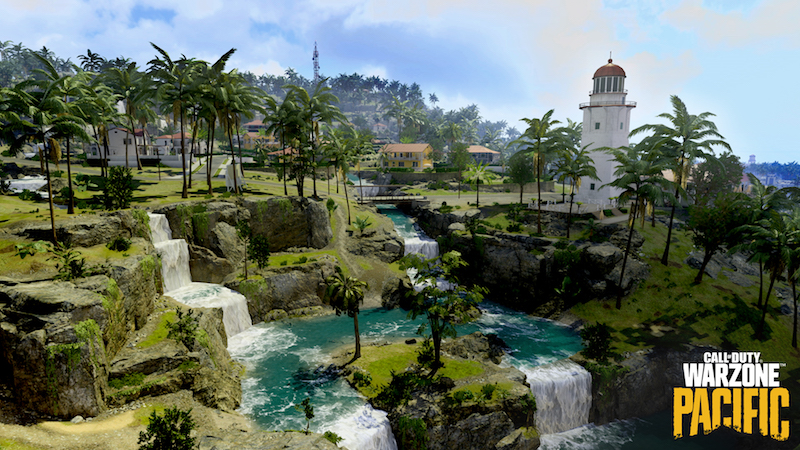 The Warzone is heading east. Call of Duty: Vanguard players have a while new place to play, with the arrival of Warzone Pacific. The fight is live now.

While it’s not only available for Call of Duty: Vanguard players, Warzone Pacific is very much exclusive to them for the first 24hours. They get a head start on what’s a massive new place to wage war.

Pacific is based loosely on Operation Vulcan, taking place in December of 1944. As you might imagine, the new map offers a load of new and interesting places to shoot full of holes.

Those include an airfield, downtown areas, a power plant, and more.

In addition to the new map, there’s also a fresh infusion of anti-cheating software to brief you about. In an everlasting effort to cut cheats out, Ricochet’s newest anti-cheat kernel has arrived.

The software went live first in Asian regions, and is expanding across the globe from there. It should be a part of Warzone Pacific as well, so those who prefer their FPS’ to be cheat-free (or at least, reduced) might be pleasantly surprised.

As mentioned though, all of the above is live only for Vanguard owners. Tomorrow (December 9th, 2021) it’ll be going live for the rest of gamers, worldwide.

Jason's been knee deep in videogames since he was but a lad. Cutting his teeth on the pixely glory that was the Atari 2600, he's been hack'n'slashing and shoot'em'uping ever since. Mainly an FPS and action guy, Jason enjoys the occasional well crafted title from every genre.
@jason_tas
Previous Trailer: It’s time for adventure, as Sam & Max are back today
Next Trailer: RPG’s are getting imperial in January with Expeditions: Rome