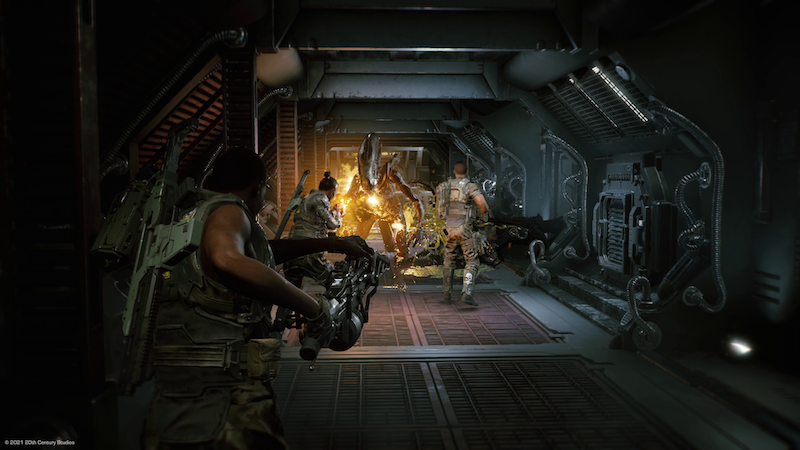 Focus Entertainment’s well-received multiplayer Aliens game, Fireteam Elite is getting a fewest dose of both paid and free DLC this month.

The temps are dropping, the snow is falling, and the xenomorphs are swarming. Yes, it must be time for the second season of content for Aliens: Fireteam Elite. The online multiplayer action title is actually about to get two DLC packs, with one being paid and the chunkier one landing for free.

The Season 2 pack includes quite a bit indeed, with a brand new game mode that spins out of the now-familiar Horde Mode theme, and lots more.

Following the September release of Season 1: Phalanx, this new season includes free items for all players, including a new mode called Point Defense. This fast-paced alternative to Horde Mode will challenge players in a new survival-based defensive match where your fireteam must protect, repair, and hold 3 different strategic points through multiple attack waves from the xenomorph hive. Players may buy temporary consumables to even the odds by utilizing Fabrication Points earned during the mode and can unlock up to 20 new rewards by completing the mode at various difficulties.

But remember, the free content isn’t all that’s inbound. There’s also a paid DLC Endeavor Pass pack that’ll include a number of callbacks to the original Alien film.

Free or paid, both packs of fresh content arrive on December 14th for all versions of Aliens: Fireteam Eilte.

Jason's been knee deep in videogames since he was but a lad. Cutting his teeth on the pixely glory that was the Atari 2600, he's been hack'n'slashing and shoot'em'uping ever since. Mainly an FPS and action guy, Jason enjoys the occasional well crafted title from every genre.
@jason_tas
Previous Trailer: Wintery, whimsical 3D platformer Scarf arrives this month
Next Video: Marvel’s Andy Park shows off Shang Chi concept art, and draws the hero