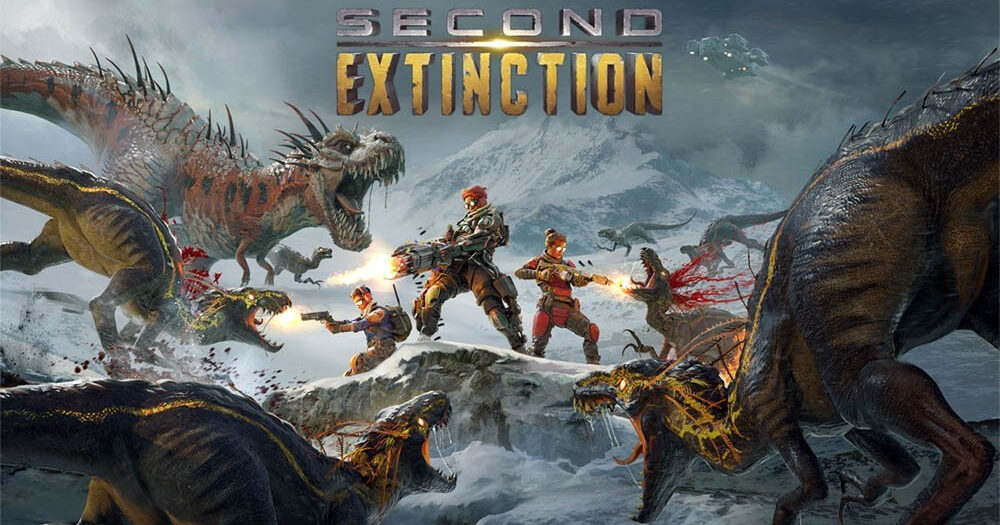 Mutated dinosaurs are still rampaging across the post-apocalyptic Earth in Second Extinction’s 7th season of content. It’s live now on Xbox and PC.

Second Extinction pits teams of up to three players against swarms of bloodthirsty dinos in fast-paced battles across Earth’s post-apocalyptic wastelands. Equip a range of uniquely powerful weapons and abilities and fight on your own or with friends against monstrous dinosaurs long thought extinct — now mutated and deadlier than ever! The War Effort is Second Extinction’s community-driven global metagame: by completing missions and activities, you’ll directly impact the threat level and challenges players around the world face.

Season 7 of Second Extinction includes quiet a bit of new content. The game adds in a new weapon with the Hand Cannon, as well as “seasonal contracts and rewards”, additions to Horde Mode, and of course tweaks and improvements. A fair share of fresh content to keep fans out on the battlefields.

The game is out now for the Xbox Series X|S and Xbox One, as well as the Microsoft Store on PC. It’s also one both Xbox Game Pass for consoles and PC, so if you have that you’re good to go. Prefer to play via Steam? Second Extinction is out via Valve’s Early Access program now.

Jason's been knee deep in videogames since he was but a lad. Cutting his teeth on the pixely glory that was the Atari 2600, he's been hack'n'slashing and shoot'em'uping ever since. Mainly an FPS and action guy, Jason enjoys the occasional well crafted title from every genre.
@jason_tas
Previous Entertainment Earth’s Cyber Monday sale is a go
Next Grab Fanatical’s Cyber Monday deals while you can