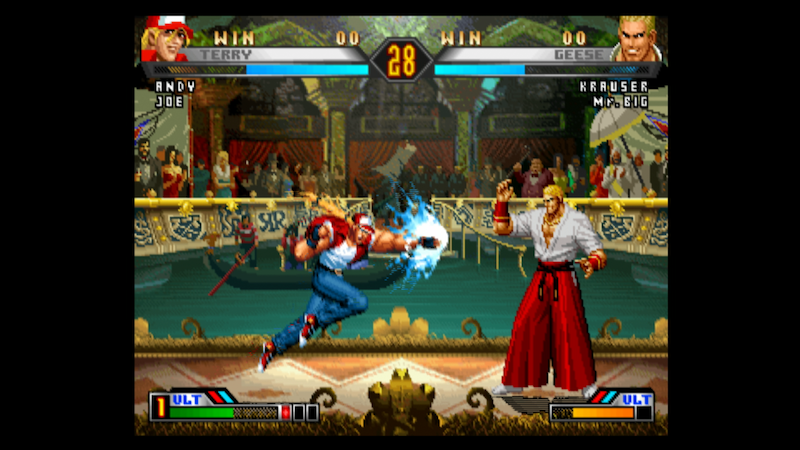 Home / News / Trailer: Take a peek at the new King of Fighters ’98 update

Trailer: Take a peek at the new King of Fighters ’98 update

Landing this winter, and with a demo period this month, King of Fighters ’98 Ultimate Match Final Edition is getting a massive multiplayer update.

One of the most important features of online matches in modern fighting games is rollback netcode, making online matches more precise and circumventing delays caused by latency. THE KING OF FIGHTERS ‘98 ULTIMATE MATCH FINAL EDITION’s original, delay-based netcode will be swapped with the fan-acclaimed, state-of-the-art rollback netcode by Code Mystics.

THE KING OF FIGHTERS ‘98 ULTIMATE MATCH FINAL EDITION also receives online lobbies, offering more than just 1 v 1 matches. Players can host or join large rooms with multiple players for epic online battles. And if they simply want to observe and learn or cheer on their friends, they can join online battles via spectator mode.

So that’s what’s included in the update, but there’s more news to share as well. The Community Beta Test will be going live November 29th (starting at 5pm pacific), and will run through December 3rd (also at 5pm pacific). The test period will allow participants to get some hands on time with the update, and take a look at both the online lobbies and new spectator feature.

With the update set to debut officially next year, King of Fighters ’98 Ultimate Match Final Edition is out right now on Steam for the PC.

Jason's been knee deep in videogames since he was but a lad. Cutting his teeth on the pixely glory that was the Atari 2600, he's been hack'n'slashing and shoot'em'uping ever since. Mainly an FPS and action guy, Jason enjoys the occasional well crafted title from every genre.
@jason_tas
Previous Here are some of the best movies and books to give this Holiday season
Next Hot Toys’ black & gold Spider-Man: No Way Home figure gets a first look