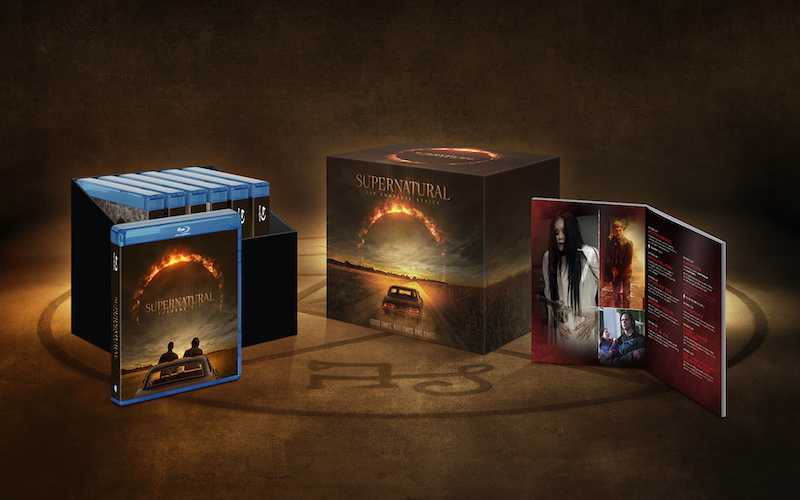 It’s that time of year. Once again it’s time to give friends and family a little something special. If you’re looking for suggestions, we have you covered.

With Thanksgiving in the rear view, and another Black Friday securely in the books, we officially move into the most wonderful time of the year. And if you’re anything like seemingly most people are, that means that Christmastime has you sweating what to gift.

Unless who you’re buying for prints up some suggestions, and they probably don’t, it can all be a bit much. Well, if that friend or special someone is into the ‘geekier’ side of things, we might be able to help.

As we tend to do during the Christmas season, we have some suggestions for just about everyone who might be on your own list. So grab a cup, scroll on down, and see if anything that we’ve got listed here works for you. Or, rather, works for who you might be gifting to… because you’re definitely not just looking for stuff to buy yourself. We know that.

There are some terrific box sets hitting this Holiday Season, including collections of wrapped TV series’. For comic and pop culture fans, we’d say a few are home runs, specifically that Superman: The Animated Series set.

After fifteen incredible seasons, Warner Bros. Home Entertainment marks the end of an era with the release of Supernatural: The Complete Series. The set contains all 327 thrilling episodes from the phenomenal series, as well as countless hours of bonus features from all 15 epic, not-to-be-missed seasons. Fans who purchase the Complete Series will also receive a 68-page Collectible Book filled with new images from the beloved series, set designs and letters to the Supernatural Family from both Eric Kripke and Robert Singer. The Complete Series is priced to own on DVD for $329.99 SRP ($369.99 in Canada), and on Blu-ray for $359.99 SRP ($399.98 in Canada).

Civilization is cast into ruin when a runaway planet speeds between the Earth and the Moon, unleashing cosmic destruction. Two thousand years later, Earth is reborn from the ashes with a savage landscape, strange creatures and a primitive sense of justice. But, one man fights to spread peace throughout the land: He is Thundarr the Barbarian, and you can own all 21 exciting adventures starring Thundarr and his companions Ookla the Mok and sorceress Princess Ariel. Using their strength, courage and wits, plus Thundarr’s magical Sunsword, they journey from village to village, liberating slaves and battling all kinds of beasts, mutants, wizards, thieves and robots. The future of Earth may be shrouded in darkness, but Thundarr the Barbarian bursts into action as a shining symbol of hope for humanity. Thundarr The Barbarian: The Complete Series is available from Warner Archive Collection.

It’s been 20 years since Clark Kent first arrived in Kansas, and in honor of the 20th Anniversary of the remarkable series, Smallville: The Complete Series 20th Anniversary Edition is now available for the first time ever on Blu-ray from Warner Bros. Home Entertainment. This set for the ultimate fan features all 218 episodes along with over 28 hours of bonus features from all 10 incredible seasons, plus Digital Copy (US Only). Smallville: The Complete Series 20thAnniversary Edition Blu-ray is priced to own at $179.99 SRP ($209.99 in Canada) and will also be available on DVD for $154.99 SRP ($184.99 in Canada).

To celebrate the 25th Anniversary of Superman: The Animated Series, Warner Bros. Home Entertainment and DC have released a fully remastered Blu-rayTM box set. Superman: The Complete Animated Series, which includes nearly 21 hours of entertainment spread over six Blu-ray™ discs, including all 54 exciting episodes, an all-new series-defining featurette entitled Superman: Timeless Icon, a special video commentary episode and three specially selected episodes with audio commentaries by the showrunners. All 54 episodes have been remastered from the original 35mm Interpositive sources, giving special attention to extensive color correction, dirt and scratch clean up, and adding a grain reduction pass to create a pristine picture, all while making sure not to affect the original lines in the artwork of the animation. The audio was retransferred from the original audio masters, and the series is presented in its original aspect ratio (4×3). Superman: The Complete Animated Series is priced to own at $69.99 SRP ($79.99 Canada).

In Marvel Studios’ action-packed spy thriller Black Widow, Natasha Romanoff — aka Black Widow — confronts the darker parts of her ledger when a dangerous conspiracy with ties to her past arises. Pursued by a force that will stop at nothing to bring her down, Natasha must deal with her history as a spy and the broken relationships left in her wake long before she became an Avenger. Scarlett Johansson reprises her role as Natasha/Black Widow, Florence Pugh stars as Yelena, David Harbour portrays Alexei/The Red Guardian, and Rachel Weisz is Melina. Black Widow — the first film in Phase Four of the Marvel Cinematic Universe — is directed by Cate Shortland and produced by Kevin Feige.

The Mad Max Anthology 4K UHD release, along with the 4K UHD releases of Mad Max The Road Warrior and Mad Max Beyond Thunderdome, are from scans of the original camera negatives. The 4K UHD remasters were supervised by the mastering team at Motion Picture Imaging (MPI).

A gigantic set of LotR goodness, Warner’s Middle-Earth Ultimate Collector’s Edition includes all 6 films across 31 discs. That includes both the original theatrical and extended cuts, and both in , and in 4K UHD with HDR. There’s also the original Cannes Film Festival presentation present, along with footage from the recent Alamo Drafthouse reunion. There are a couple of pieces of memorabilia as well, but as we pointed out in the original posting about this set, the main draws are the films themselves.

A tried and true gift idea, gift books can be pretty excellent giftables. This year brought a nice little crop of them too, from Jurassic Park to Breaking Bad and everything in between.

Here are some of our favorites:

The most comprehensive bookabout the Jurassic Park trilogy to date, Jurassic Park: The Ultimate Visual History begins with an in-depth account of the making of Spielberg’s original film, including rare and never-before-seen imagery and exclusive interviews with key creatives. Readers  will then unearth the full history of the trilogy, and will also find a fascinating look at the wider world of the saga, including video games, toys, comics, and more, exploring the lasting legacy of the movies and their influence on pop culture.

It’s been over thirty-five years since the irrepressible Fraggles first hit the screen in the beloved children’s television hit Fraggle Rock. Featuring a wealth of exclusive interviews, rare concept art and behind-the-scenes photographs from the archives of The Jim Henson Company, Fraggle Rock: The Ultimate Visual History is the definitive look at one of the best-loved television shows of all time.

This limited edition of 99.1% Pure: Breaking Bad Art is one of nine hundred and ninety-one units personally signed by Breaking Badcreator Vince Gilligan.

For the first time, Tech Noir brings together a dazzling and diverse array of personal and commercial art from Cameron’s own past, showcasing the trajectory of ideas that led to such modern classics as The Terminator, Aliens, Titanic, andAvatar. Including everything from his earliest sketches through to unrealized projects and his acclaimed later work, this book features the filmmaker’s personal commentary on his creative and artistic development throughout the years.

Learn the history of the franchise from Street Fighter to Street Fighter V, including classic game art galleries and multiple interviews with artists, designers, and developers. Dive into Street Fighter lore through hundreds of character profiles pulled from the Shadaloo Combat Research Institute. Thrill to all of the brand new art,too! There’s something for every Street Fighter fan in this jam-packed titanic tome!

The classic anime series that made millions of kids freak out about a motorycle that transformed into mecha armor! Including the character illustrations, pre-production concepts, key art, location artwork, full episode guide, and yes, extensive mecha designs from Robotech’s “New Generation”, the anime series Genesis Climber Mospeada! Perfect for the classic anime fan on your list!

Jason's been knee deep in videogames since he was but a lad. Cutting his teeth on the pixely glory that was the Atari 2600, he's been hack'n'slashing and shoot'em'uping ever since. Mainly an FPS and action guy, Jason enjoys the occasional well crafted title from every genre.
@jason_tas
Previous Trailer: Get set to dominate the globe with Kaiju Commander
Next Trailer: Take a peek at the new King of Fighters ’98 update