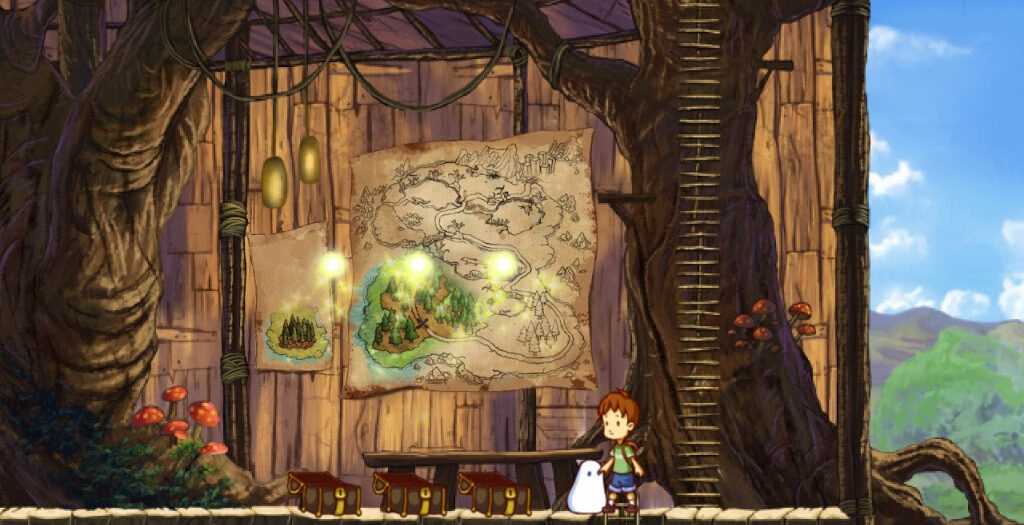 The Wii game of the same name is back and ready for jellybean-eating action once again, as Wayforward’s A Boy and His Blob hits the Switch.

If you missed the reinvention of A Boy and His Blob from Wayforward, don’t worry because you’re about to get another chance at it. The game originally hit the Wii back in 2009, but is now rolling back around for another go, on the current Nintendo console.

And if you did miss it, then you might want to take note of this new release. Although it’s unchanged from that earlier launch, it’s still looking like a darn good puzzle platformer. The new release is thanks to Ziggurat of course, who’ve made a habit of bringing lost titles and past classics back for modern audiences.

Originally developed by Wayforward Technologies in 2009 — and based on David Crane’s NES game of the same name — A Boy and His Blob takes place in Blobolonia, a far-off kingdom under siege by an evil tyrant. A brave “blob” has escaped to search for help, but has crash-landed on planet Earth. He finds what he’s looking for in the form of an adventurous young boy who’s ready to lend a hand and save Blobolonia. In the game, players will control both the boy and his blobby friend, as they explore beautiful hand-drawn 2D worlds, and face an array of puzzling challenges. Depending on the obstacle, players must feed a variety of jelly beans to the blob, turning them into useful shapes or objects to solve puzzles and defeat enemies.

Tags A Boy and His Blob WayForward Ziggurat

Jason's been knee deep in videogames since he was but a lad. Cutting his teeth on the pixely glory that was the Atari 2600, he's been hack'n'slashing and shoot'em'uping ever since. Mainly an FPS and action guy, Jason enjoys the occasional well crafted title from every genre.
@jason_tas
Previous Trailer: Tough new Metroidvania Souldiers heading towards 2022 launch
Next Trailer: Sands of Aura blends Soulslike and aRPGs, is out now