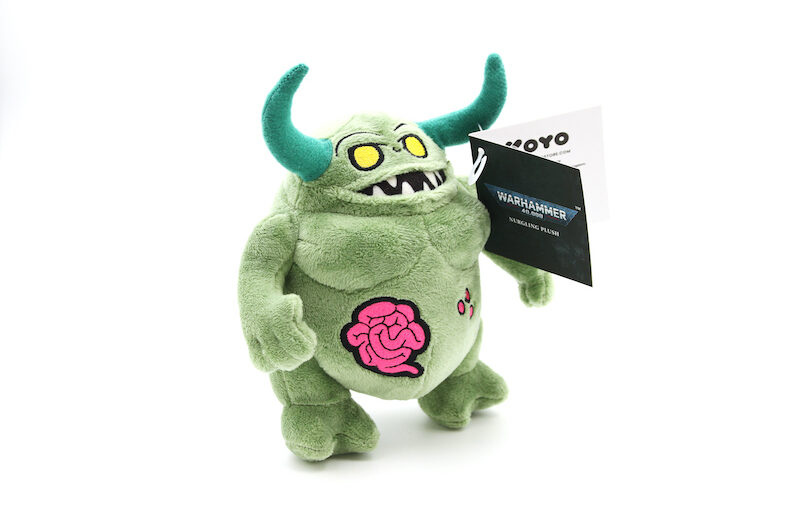 Warhammer gets adorable with new plushies (and more) from Koyo

In the grim cuteness of the far future, there are only hugs. A new lineup of Warhammer plushies will see to that, landing just in time for Christmas.

When you think of Nurgle, the bloated and rotting Chaos god, you don’t normally think of ‘cute’. That though, is exactly what you’ll think when you see what Koyo has on tap.

The collectible company has a reforged partnership with Games Workshop, and the result is a new series of plushes and pins. And yes, the plush offerings, which have kicked off with a nurgling, are indeed pretty cute.

As you can see there too, the Nurgling isn’t alone. He’s the first, yes, but following on November 13th is Archibald the Gryph-Hound. And if you think Koyo is stopping there, well you’d be wrong. Though there’s nothing further ready to be announced today, the company will be rolling out more creatures “from the Mortal Realms and 41st Millennium” in the “coming months”.

Also a part of the announcement is a new series of collector pins. These will come in sets, and include characters and races from the games that fans will immediately recognize. There’s already one out there for purchase, with two more coming before the end of the month.

Much like with the plushies, expect more in terms of these bad boys coming down the line. As to where you can pick all of this cool stuff up, just click here for Koyo’s online shop. Prefer brick and mortar? Then you can also walk into any of Games Workshop’s actual stores to get ’em too.

Jason's been knee deep in videogames since he was but a lad. Cutting his teeth on the pixely glory that was the Atari 2600, he's been hack'n'slashing and shoot'em'uping ever since. Mainly an FPS and action guy, Jason enjoys the occasional well crafted title from every genre.
@jason_tas
Previous Artist Jim Cheung lends his hand to new Marvel sketch cover series
Next Trailer: 2D Metroidvania Aeterna Noctis landing on PlayStation this December