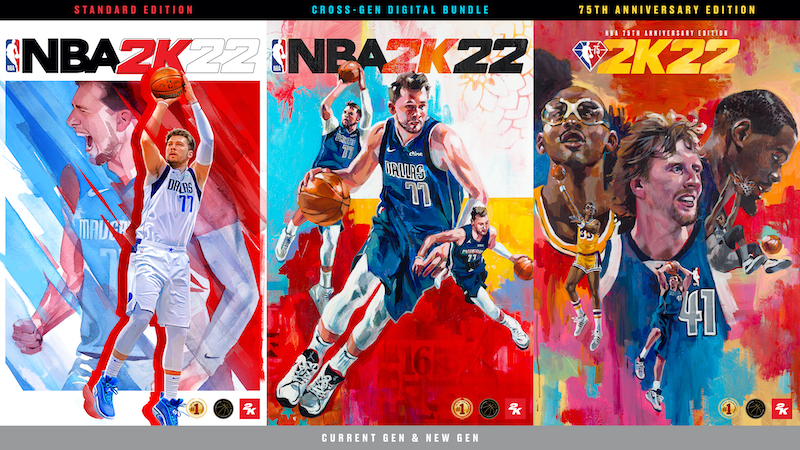 2K Games’ basketball returns for its 2022 edition. Out right now, 2K22 presents a complete experience, from the courts to the playgrounds.

“Basketball continues to see rapid growth all over the world, both through the rising popularity of the NBA and the virtual world experienced in our game, so this year we’re celebrating the true globalization of the franchise,” said Greg Thomas, President at Visual Concepts. “Our team is proud to bring NBA 2K22 to millions of players in our community. This is our most expansive offering yet, and whether you love on-the-court action or prefer off-the-court experiences, there is something for anyone, anywhere to tap into the basketball world.”

Building on the terrific installment that hit consoles and the PC last year, 2K’s series is back and looking better than ever. It’s also even more packed with options and modes.

So if you’re new to the series, as I was last year, then you’ll find just about as much to keep you busy as you could want. And if you played the heck out of every installment that’s come before, you’ll still be surprised by something new.

Check out the highlights:

NBA 2K22 is out now for the PS4, PS5, Xbox One, Xbox Series X|S, Switch and, PC. But much like with the game itself, you have options as to which version you want to pick up.

With NBA All-Star Luka Dončić on the cover, the standard version of 2K22 is available for the Xbox One, PS4, Switch, and PC for $59.99 USD. Then there’s the PS5 and Xbox Series X|S edition, which clocks in at $69.99 USD. Want both? Then you want the cross-gen bundle, which nets you both versions for your platform(s) of choice for $99.99 USD.

Jason's been knee deep in videogames since he was but a lad. Cutting his teeth on the pixely glory that was the Atari 2600, he's been hack'n'slashing and shoot'em'uping ever since. Mainly an FPS and action guy, Jason enjoys the occasional well crafted title from every genre.
@jason_tas
Previous Trailer: Ziggurat’s reinvigorated BloodRayne Betrayal is out now on consoles and PC
Next Gunslinger Spawn launch looks to be another hit for McFarlane