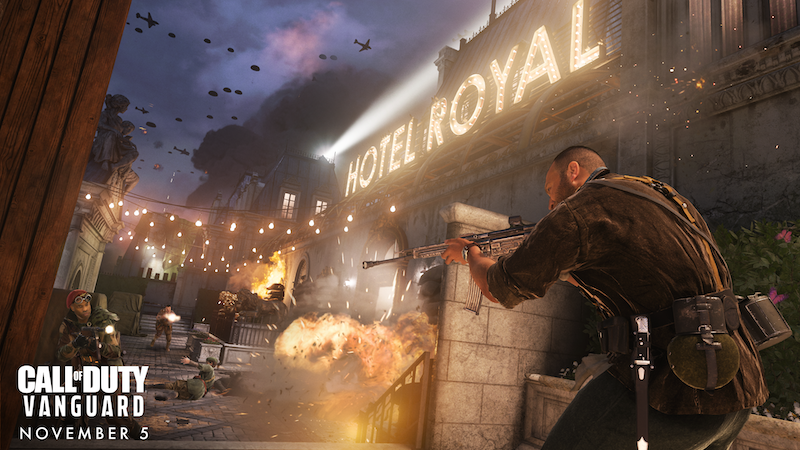 Fast, brutal action is the highlight of Call of Duty’s brand of multiplayer, and Vanguard ups the ante with remote controlled bombs, miniguns, and more.

Is that a little tank?

If you missed the show, Sledgehammer Games revealed the multiplayer for Vanguard, complete with a rundown of what’s coming. And it’s going to be quite a bit, that should keep series fans happy.

Call of Duty Vanguard will have 20 maps on day 1, with a ton of modes to try. And that includes the Champion Hill mode, which has gotten some really positive advance word.

Here’s your full rundown of what the game will offer up at launch:

as you bask in the glow of all that multiplayer goodness, don’t efrget that there’s a beta coming up too. Vanguard’s beta will be playable from September 10th through the 13th on PlayStation platforms, and then be back around once again for the PS4/5, as well as debut on the Xbox Series X|S and PC on the 16th and 17th.

So if you’d like to dig in before launch, you’ll have some quality hours to do so, and pretty darn soon. That’s specially true if you’re on a PS4 or PS5.

Check out much more about the betas here on the official blog. And when you’re don with that, click here to read up on all the new Warzone stuff that’s coming up too.

Jason's been knee deep in videogames since he was but a lad. Cutting his teeth on the pixely glory that was the Atari 2600, he's been hack'n'slashing and shoot'em'uping ever since. Mainly an FPS and action guy, Jason enjoys the occasional well crafted title from every genre.
@jason_tas
Previous Trailer: The Addams Family 2 hitting theaters on October 1st
Next Trailer: Live how you want in dystopic RPG Encased, out now