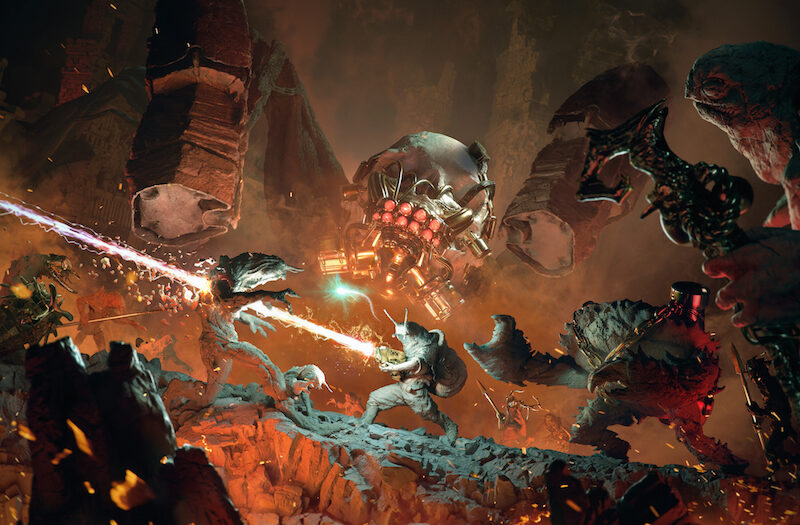 That actually is kinda weird

Quick, how many games starring a snail can you think of? I’m gonna guess that mental exercise resulted in nothing. Not that that answer was ever in doubt, since we’re talking about a snail here. Then again, look what happened when an earthworm starred in an action title.

I don’t mean to confuse you though, since Clid the Snail is not in any way Earthworm Jim. They’re two completely different styles of games. I had thought that might not be the case from the promotional art, but Clid doesn’t actually play off of EWJ in the least.

Clid the Snail adapts a 3/4 view, and is generally much slower in pace… which you might’ve guessed. Again, this is a snail. It’s also not very ‘wacky’, and outside of spots of comedy, tells a pretty serious narrative.

Whatever way you slice it though, Weird Beluga’s newest is a good time, and hits some very high notes indeed.

But really, a snail?

Take whatever you might think the backstory is in Clid, and toss it out a window. This isn’t some alien world, with beings that just happen to look like Earth creatures. And it also isn’t some fantasy universe that’s taking place right outside of your window. Nope, it’s actually way darker than either of those narratives.

Clid the Snail takes place in the future, though exactly when isn’t defined. What is, is that it takes place after the fall of man. Humanity is gone, and you’ll actually come across skeletons and their relics as you play. Actually Clid’s levels include quite a bit of other human stuff too. That includes things like books, old electronics, and loads more.

What happened isn’t clear from the start though. The newly evolved creatures of the world refer to humans as the “Giants”, and there’s a kind of godlike element at play, in terms of how they think of them. It’s a nice touch.

Speaking of the inheritors of the world, they’re all manner of beast-men. There are grasshoppers, mice, lizards, and of course snails. Most have developed societies that feel a bit like Masters of the Universe. And by that, I mean they fuse a medieval aesthetic with found human technology. That results in a great look, but more on that later.

What prompts the story into motion is an uprising of slugs. Another evolved species (though a little less-so than the peaceable snails), the slug-men are running rampant and attacking across the continent. That’s something that the lazy and dimwitted creatures have never done before, and it pushes the lead character into action… and also into being banished from his home.

While Clid is no hero, at least not at first, he and his lighting bug pal are forced into brandishing some hardware and surviving on the open road. Well, Clid is anyway. His pal Belu just kind of buzzes around, occasionally making conversation and otherwise keeping you company on your journey. Don’t worry, he’s not annoying.

Clid starts out with a blaster that he made himself, but from there he’ll pick up new weaponry throughout the game’s story. Guns can have varying effects, but the gameplay remains the same. And again, that’s of the twin-stick variety.

But if you’re thinking ‘fast-paced’, you’ll have to realign that preconception. Yes, Clid is technically a twin-sticker. But even though it’ll often have you running and gunning, it’s not anywhere near as fast as your typical representative of the genre.

Clid will throw multiple enemies at you, and you will get rushed, but it won’t be by dozens of foes. Instead think mostly 3-5 at a time, and the latter would be a heavy fight. This change of pacing works quite well, and keeps the game’s levels tight, and occasionally tense.

Along the way you’ll also find cash and treasure that you’ll need to exchange for stuff like health-kits and grenades of varying type. It’s also not just action, as Clid will have to figure out quite a few puzzles, and locate keys in order to move on through certain sections.

Pretty good-looking for a mollusk

While not every level is a standout, most of what Clid throws at you is absolutely loaded with environmental lighting effects and a ridiculous amount of detail. Just as an example, the safehouse/base that he quickly makes use of is packed full of human leftovers. You’ll spot hard drives, books, CD’s in jewel cases, and tons more lining its walls… heck in some instances this stuff actually makes up the wall.

While accompanying exposition doesn’t hit you over the head, little sparkles here and there highlight visual elements, and cue descriptives fleshing out this ‘life after people’ future. Just as an example, and in that same level as mentioned above, one interactive conversation between Clid and Belu ages it clear that society carries on. Clid’s world is filled with anthropomorphic folks that do all kinds of things, including well known artists.

But getting back to the looks, the game looks so good that it’s actually kind of startling when something doesn’t. Occasionally though, a flame will have a decidedly last(-last)-gen look to it, or you’ll get a level like the snowy mountain pass, where the deformation of the terrain seems a little rough.

Then there are the character models, which all look great until they stop to have a conversation. This is nothing you haven’t seen a hundred times before in other games, but there’s very little animation happening. Characters basically just stand in one place and move their hands (or whatever) around while they talk in their bizarre alien languages. And just like in the hundred games that you saw that in before, it looks odd.

So Red Dead this ain’t, but that’s a small complaint overall. And Clid looks so cool the rest of the time, I didn’t care much. I am admittedly a bit of a sucker for 3/4 view games, but I had a tough time finding major fault with the game’s look.

Clid the Snail is a great little game for a few reasons, including its universe and its heroes. It’s fantastically detailed, and easy to tell that Weird Beluga has clearly put a ton of thought into.

Mix that in with the solid controls and fantastic overall look of the game, and you have a winner.

More than a snail's pace

Clid the Snail is a terrific game that especially shines in the graphical department. Past the eye candy though, it also sports solid controls, that are a bit innovative for a twin-stick title, and a really cool setting and cast of characters. If you're looking for something a little different, Weird Beluga's PlayStation exclusive might just hit the spot.

Jason's been knee deep in videogames since he was but a lad. Cutting his teeth on the pixely glory that was the Atari 2600, he's been hack'n'slashing and shoot'em'uping ever since. Mainly an FPS and action guy, Jason enjoys the occasional well crafted title from every genre.
@jason_tas
Previous PCS’ massive Grimlock statue is ready for pre-order
Next Trailer: Speeding onto consoles and PC today is Sonic Colors Ultimate