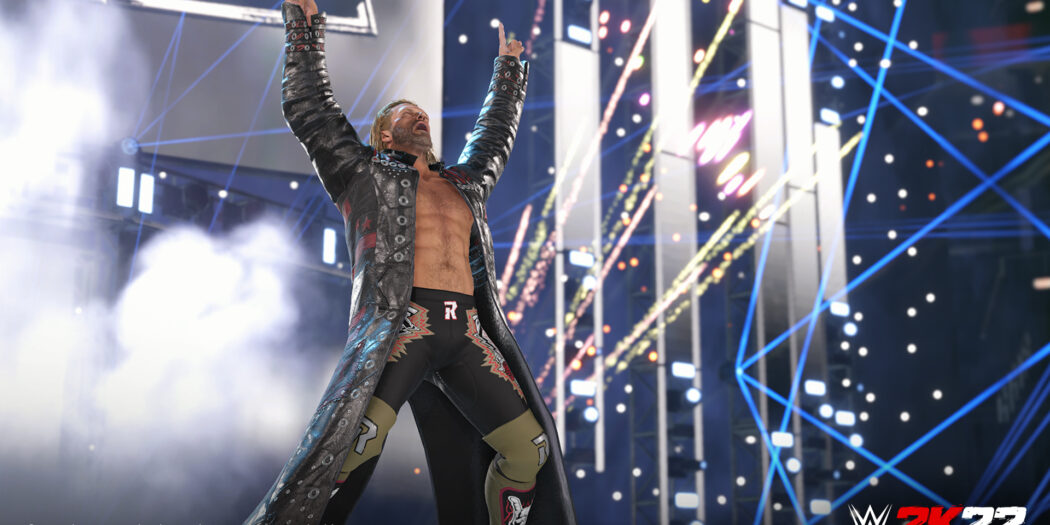 2K Games’ WWE wrestling sim series has finally (pause) come back to consoles and the PC. Eventually anyway. And we mean like, in March.

If you are somehow not familiar with the recent history of 2K’s WWE titles, it’s a bit of a ripper. The grappling sim series had been rolling right along, until 2K dropped longtime developer Yukes, leaving Visual Concepts little time to build the newest installment of what was a yearly series.

So as you an imagine, when WWE 2K20 dropped, it was a mess. So much so, that fans not only went off the deep end, they clung to WWE 2K19 and basically forced the hand of 2K to keep servers running for way longer than they originally intended. And then, things went dark.

The games took a year off, and left fans with an arcade title instead. Announcements were nonexistent as well, so no one really knew what was happening with the WWE 2K series. Til now.

This week brings word of the game’s revival, as well as a teaser look. It’s not much honestly, but what is shown off does look pretty sharp.

WWE 2K22 promises new controls, incredible graphics, and a redesigned engine for the most impressive WWE 2K experience to date. As part of the game’s development process, 85% of the in-game roster has taken part in facial scanning for ultra-realistic and updated character models, and more than 3,400 new animations have been captured. More details will be revealed in January 2022

Just a thought – if 85% of the roster had facial scans, then can we assume that the rest of it might be classic superstars no longer with us? Again, just my own thought, since I’m an 80s/90s WW… E fan. I have my fingers crossed so hard for as many of the grapplers of those ages as possible. Not that it’d be an issue anyway, since presumably the excellent create-a-wrestler feature that these games usually boast will allow for online sharing again. I hope.

“New controls” also has me hoping for a more ‘N64’ style of approach. Though I know that’s likely pipe dream, I’d love to see a return to that classic, slower and more strategic, play style.

Again though, we have a while til we see if any of this (or anything else you can dream up) pans out. Remember, WWE 2K22 isn’t launching til March of 2022, and your first real look isn’t set until January.

Jason's been knee deep in videogames since he was but a lad. Cutting his teeth on the pixely glory that was the Atari 2600, he's been hack'n'slashing and shoot'em'uping ever since. Mainly an FPS and action guy, Jason enjoys the occasional well crafted title from every genre.
@jason_tas
Previous Trailer: King’s Bounty II comes to consoles and PC this week
Next Trailer: Experience 4 new DBZ tales with Dragon Ball Z: Kakarot + A New Power Awakens Set