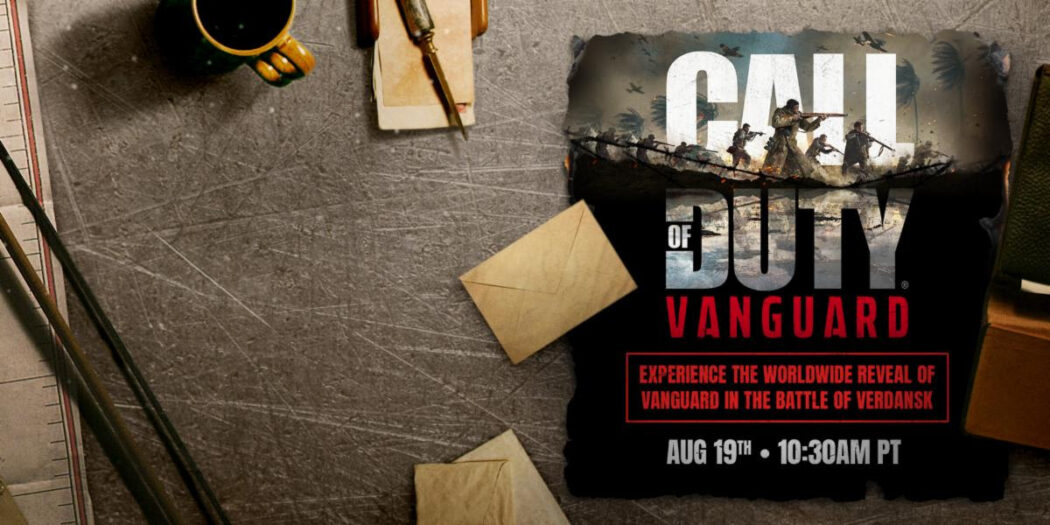 Vanguard is the next game in the Call of Duty series, and is set to be officially unveiled tomorrow, in-game, complete with some cool bonuses.

Still cloaked in a bit of mystery, this year’s edition of Call of Duty is finally getting the big reveal tomorrow. But this won’t be a simple trailer release or press release (though that’s probably coming too). Nope, instead Activision will be having said release in-game.

By that, I mean in Warzone, Call of Duty’s free-to-play, online multiplayer. As the curtain opens on the Battle of Verdansk tomorrow, so too does it open on Vanguard.

In mere hours from now, the biggest battle Verdansk has ever seen will take place. Your target is a heavily armored train, your primary objectives are to plant TNT charges in the tunnel by the Verdansk Hospital. If all goes well, your squad will be greatly rewarded for your efforts.

So where’s the mention of Vanguard in that press release text? Well we can tell you that it looks like all of that is scheduled to begin at 10:30 am pacific time. If you’re logged into the game and playing, don’t log out. There’ll be a playlist update at that time, and presumably that’ll lead right into the unveiling… in some way. Just make sure you’re watching the “Play” tab, “for a live update that will bring about the start of the Battle.”

Oh, and you’re going to want to be logged in before time. As long as you’re in-game between 9:30 am and 10:29 am pacific, you’ll be bonused-out with Double Player XP, Double Weapon XP, and Double Battle Pass XP.

You get a dose of buffs, and a Vanguard reveal. What’s better?

Jason's been knee deep in videogames since he was but a lad. Cutting his teeth on the pixely glory that was the Atari 2600, he's been hack'n'slashing and shoot'em'uping ever since. Mainly an FPS and action guy, Jason enjoys the occasional well crafted title from every genre.
@jason_tas
Previous Trailer: Oddworld is coming to Xbox with Soulstorm
Next Trailer: Rollers of the Realm: Reunion mashes up RPGs with pinball