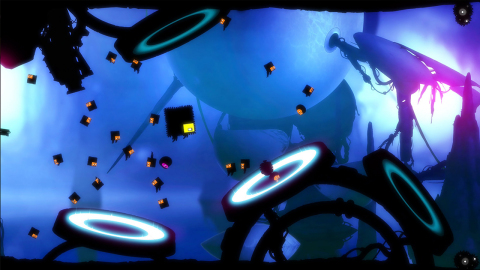 It’s a down week for Nintendo Switch gamers, and there isn’t all that much in the way of big names to buy. Still, there are some possible gems.

And I shall be the Falconer

So yes, it’s a pretty slow week. But even without a bunch of big name releases, there are a few titles launching for the Switch that might be worth a look.

For starters, there’s The Falconeer: Warrior Edition. A pretty good looking title, The Falconeer puts gamers in the saddle of a giant falcon for what looks to be a Panzer Dragoon-style experience.

There’s also the Ace Attorney Turnabout Collection, which includes a 5 pack of games from Capcom’s classic courtroom series. Then there are the headline games, with Dreamscaper, Dodgeball Academia, and Badland: Game of the Year Edition. I’ve personally never heard of any of them, but they’re the spotlighted titles this week, so they might be worth at least a look.

As usual, there are a bunch more to look at too, and we’ve got all of them below for your perusal.

* NO PURCHASE NECESSARY. Void where prohibited. Open to legal residents of the United States, District of Columbia and Canada (excluding Quebec) who are 13 years old or older. Sweepstakes begins 10:00 AM PT on 7/7/2021 and ends at 11:59 PM PT on 8/7/2021. To enter, you must (1) have a Nintendo Account; (2) visit https://my.nintendo.com/reward_categories/sweepstake; (3) sign in to your Nintendo Account, and (4) redeem 10 Platinum Points per entry at the My Nintendo Ultimate Monster Hunter amiibo™ Sweepstakes #1 page as stated in Official Rules. There will be ten (10) winners. Each winner will receive fifteen (15) Monster Hunter themed amiibo figures (ARV between $19.99 and $24.99 each) and one Monster Hunter themed poster set (ARV $49.95). Total ARV of each prize: $370.80 USD. Total ARV of all prizes: $3,708.00 USD. Odds of winning depend on number of eligible entries received. Details and restrictions apply. For Official Rules, visit https://nintendo.com/rules/MyNintendo_Ultimate_Monster_Hunter_amiibo_1_Official_Sweepstakes_rules. Sponsor: Nintendo of America Inc., 4600 150th Avenue NE, Redmond, WA 98052.

Jason's been knee deep in videogames since he was but a lad. Cutting his teeth on the pixely glory that was the Atari 2600, he's been hack'n'slashing and shoot'em'uping ever since. Mainly an FPS and action guy, Jason enjoys the occasional well crafted title from every genre.
@jason_tas
Previous Trailer: Meets the Wisps in the 2nd look at Sonic Colors: Ultimate
Next Trailer: Swords of Gargantua debuts VR Tesseract Abyss II