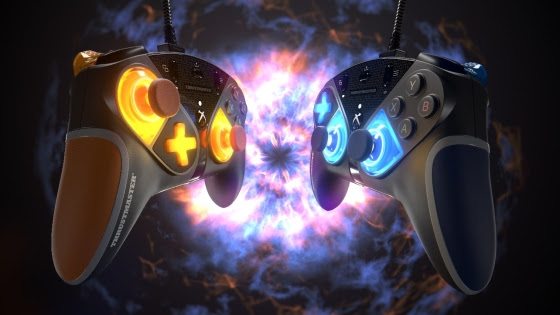 Looking to shine up your Xbox gaming? Then the peripheral experts over at Thrustmaster might have just the ticket for you, with the ESWAP X Pro.

If you’re a gamer of any years, and specifically of the PC persuasion, then you likely know the name Thrustmaster. Though the company might not be the massive name it once was, Thrustmaster has been at the forefront of gaming peripherals for literally decades. They make tons of stuff, and from my own experience most of it’s usually pretty-good-to-great.

Their latest announcement comes in the form of something for the Xbox that’s both promising function, as well as form. The ESWAP X Pro is a little bit of both, offerings a nicely customizable corded-controller, that’s also got some serious pop.

IF you don’t know the ESWAP series from its PlayStation and PC incarnations, it’s a controller that allows gamers to swap parts. You can move about the sticks, as well as the control pad, to create something that’s tailored to you and what kind of pad you prefer.

That same functionality will grace the Xbox edition, which is on the way to retail this week. Also coming across will be the light-up features, embodied in a pair of optional module packs. Not content with highlight glows or any such understated nonsense, the ESWAP X Pro looks like it’ll be packing some serious LED shine.

The controller’s replaceable modules can be found in either blue or orange, and can be scaled to 3 brightness levels. But that’s not all, as the base pad will also host a set of improvements.

Look for the ESWAP X Pro and it’s add-on module packs to hit retail this week, on July 29th.

Jason's been knee deep in videogames since he was but a lad. Cutting his teeth on the pixely glory that was the Atari 2600, he's been hack'n'slashing and shoot'em'uping ever since. Mainly an FPS and action guy, Jason enjoys the occasional well crafted title from every genre.
@jason_tas
Previous Playmates Toys once again taking the conn for Star Trek toys
Next Trailer: Cyberpunk thriller Observer returns in “System Redux” form