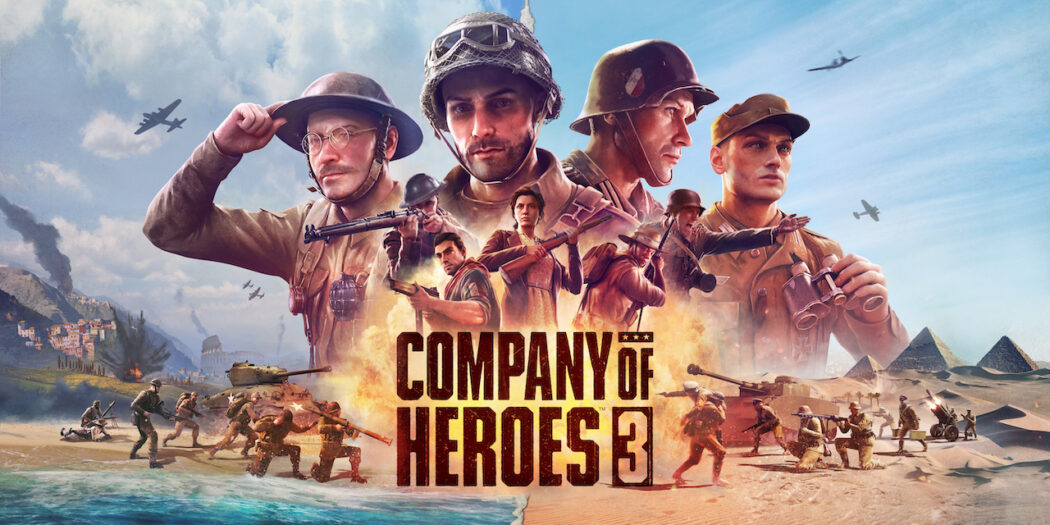 Home / News / You can sample Company of Heroes 3 right now

You can sample Company of Heroes 3 right now

Company of Heroes 3 doesn’t release until 2022, but that doesn’t mean the nice people over at Relic Games want you to wait that long. You can sample the game right now in its alpha state.

Consider storming the beaches now, because this preview only exists until August 3 at 4 AM. Apologies to Mac users, this game is for PC only.

How Do I Play?

What’s Company of Heroes 3 About?

Company of Heroes 3 is the third in a line of critically acclaimed real-time strategy games set in the theatre of world war two. The first title, released in 2006, was a massive success. It sold over 4 million copies and received multiple awards including Best PC Game from outlets like IGN and Gamespot.

While the second game didn’t quite live up to its predecessor, it still garnered decent scores, holding an 80/100 on Metacritic. Heck, it’s been so long that the last time Brutal Gamer covered the franchise was in 2013. Now with Company of Heroes 3 on the horizon, players will get the chance to command their armies among the lesser-known locales in 1940’s Europe.

Fight on the Beaches

Company of Heroes 3 invites gamers to take a trip to the Mediterranean side of the globe and focus on areas like Italy and North Africa, Relic’s developers felt these locations had stories to tell that most history buffs aren’t accustomed to. A short interview with sportsgaming.win and the developers Bairbe Brent and Matt Philip, expanded upon this philosophy:

The Mediterranean theater turned out to be an incredibly interesting place and part of our work focused on putting the Resistance, the Partisans at the center, making them an important element in the narrative. We did a lot of research, it was an interesting experience that prompted us to want to do justice to their stories and those of other allied forces by developing the complex dynamics through which they collaborated with each other, analyzing real life stories that have been our greatest source of inspiration.

For those not in the know, the Partisans were part of several resistance groups that took place in all corners of the Nazi occupation. From France to the Philippines, these brave heroes were essential to the war effort and the liberation of occupied countries. It makes sense that the developers of Relic would want to spotlight their bravery in their latest game. You can spot a French partisan distracting a german guard in the cinematic trailer for Company of Heroes 3.

Since the beginning of the series, Relic has employed the Essence Engine. Complex and exacting, it was one of the first RTS engines to employ animated faces on in-game characters. Utilizing dynamic lighting, weather control, and other fantastic features, the Essence Engine 5 powers Company of Heroes’ third iteration. Among such features is a Dynamic Campaign Map. This will allow your soldiers to strategically maneuver across the battlefield however you see fit. Land on the sea away from encampment or drop your troops right down the enemy’s throats. Make your way through an occupied city, ordering your soldiers to kick down doors followed by a volley of grenades. Create a supply chain to choke out the enemy axis. These choices will have long-term effects, not just in the battles themselves but across the game’s entire campaign. Also in these battles is a Full-Tactical Pause that gives you time to stop in the middle of the action, and coordinates your forces without real-time pressure.

End of the Line

Many gamers are excited about this release and it’s easy to see why. Company of Heroes has a storied legacy plus the same developer is also working on Age of Empires 4. The pressure is certainly on for Relic but we’re confident they can handle it. There’s no official announce date for Company of Heroes 3 but you can count us to update you as soon as we know.

I was raised by Television and some people think that was a pretty big mistake. My favorite games include the Mass Effect Series, KOTOR, Prey (2017), and Control.
Previous Super7 debuts new 7″ animated G.I. Joe line
Next Trailer: Action Arcade Wrestling pinning consoles next month