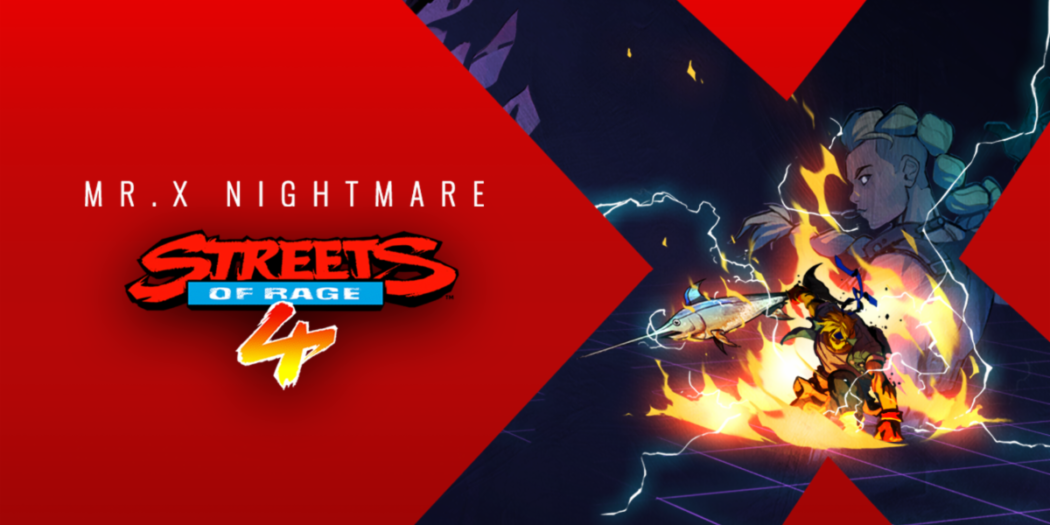 Streets of Rage 4 has already brought the series back with a Bare Knuckle, and now it’s getting even better thanks to both paid and free DLC, out now.

Time to crack some heads

Mr. X Nightmare is finally here for Streets of Rage 4, and with the paid content comes a ton of new stuff. Priced in at $7.99 USD for all versions of the game, Mr. X includes the title Survival Mode, new fighters, weaponry, and more.

In addition to the paid stuff above, there’s a free content download, that’s also sporting some goodies to freshen up the title.

To celebrate all of this, co-developer Dotemu has beaten the price down a bit. The base game is 40% off right now on both Steam and Nintendo eShop, and the DLC is 15% off on the Switch, Steam, and Microsoft’s Store. Playing on the PS4? Then you get 10% off the price.

The sale is happening now through the 29th, so don’t forget to grab a copy before time runs out.

Jason's been knee deep in videogames since he was but a lad. Cutting his teeth on the pixely glory that was the Atari 2600, he's been hack'n'slashing and shoot'em'uping ever since. Mainly an FPS and action guy, Jason enjoys the occasional well crafted title from every genre.
@jason_tas
Previous Nintendo Download: Launch Into a Timeless Tale
Next A TALE OF THE VIDEO GAME OMNIBUS BOOKS AND MEMORIES: INTERVIEW WITH AUTHOR BRETT WEISS